By Will Campbell and Caryn Lieberman Global News

A Toronto man faces one count of mischief as well as charges under the provincial dog-owners’ law after it’s alleged he did nothing while his pets mauled an elderly man’s dachshund to death at a local park.

Kurt Haupt was walking his pet “Dacky” off leash at Centennial Park in the west end last Wednesday when the little dog was attacked by four larger dogs.

“All I heard’s a very little squeak. Then I knew she was dead,” he told Global News.

A photo shows Haupt carrying his dead dog towards the owner and his four Cane Corso mastiffs. 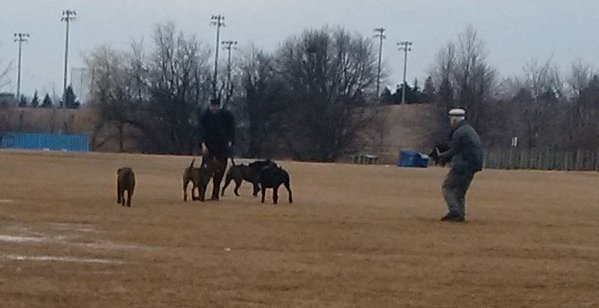 Haupt said he was about 10 metres away when one of the mastiffs grabbed his dog, holding Dacky in its mouth before dropping her. Another mastiff then bit her, Haupt said.

He added that during the attack the other dogs’ owner called out to them but they didn’t respond.

“I was totally devastated,” Haupt said. “At the moment I couldn’t say anything.”

The other man gathered his dogs and walked away without saying anything, according to the 81-year-old Haupt.

He called Dacky “a very friendly dog. She wanted to say hello to everybody.” 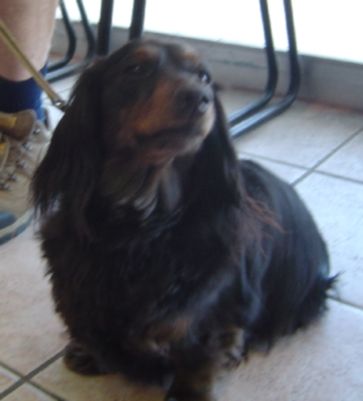 He said of the 13-year-old dachshund: “she was my companion, my baby, everything. She was more than just a dog.” The pair lived alone together, he added.

Haupt said he got Dacky after retiring. Originally from Germany, his first family dog was shot during the Second World War, he said.

But Haupt is considering taking on a new dog, after a woman called him out of the blue and offered to find him a new pet.

Though Haupt is hesitant because of his age and a weak leg, he said “every argument I have she has a solution for” and that he is keeping an open mind.

Nendos has been charged with mischief – interfere with lawful enjoyment of property. He appeared in court Tuesday.

“It holds dog owners responsible for their dogs’ actions,” Leiher said of the provincial law.

She added it carries the possible punishment of an up-to $10,000 fine and/or six months’ jail time, as well as an animal “control order” or destruction of the dogs.