How to make your iPhone less hackable

By Michael Liedtke The Associated Press

SAN FRANCISCO – Suppose the FBI wins its court battle and forces Apple to help unlock an iPhone used by one of the San Bernardino killers. That could open all iPhones up to potential government scrutiny – but it’s not the end of the story.

Turns out there’s a fair bit both individuals and Apple could do to FBI-proof their phones and shield private information from investigators and cybercriminals alike. Those measures include multiple passcodes and longer, more complex ones.

Of course, increased security typically comes at the expense of convenience.

READ MORE: Complying with the FBI would be ‘bad for America’, says Tim Cook

Most efforts to improve phone security would make the devices harder to use, perhaps by requiring you to remember more passwords.

Making it more difficult for law enforcement to crack open iPhones could also spur legal restrictions on phone security, something that neither Apple nor other technology companies want to see.

“They are walking a tightrope,” says Mark Bartholomew, a law professor at the State University of New York at Buffalo who specializes in privacy and encryption issues. Requiring longer passcodes might annoy most Apple users, he says, while boosting phone security “sort of amplifies the whole argument that Apple is making things too difficult and frustrating law enforcement officials.”

Apple had no comment on any future security measures. In a recent letter to customers, it noted that it has routinely built “progressively stronger protections” into its products because “cyberattacks have only become more frequent and more sophisticated.”

In the current fight, the FBI aims to make Apple help it guess the passcode on the work phone used by Syed Farook before he and his wife killed 14 people at an office party in December. The FBI wants Apple to create special software to disable security features that, among other things, render the iPhone unreadable after 10 incorrect guesses.

READ MORE: Can law enforcement legally access data on your smartphone in Canada

Apple has resisted, maintaining that software that opens a single iPhone could be exploited to hack into millions of other devices. The government insists that its precautions would prevent that, though security experts are doubtful.

Should the FBI prevail, it would take computers less than a day to guess a six-digit passcode consisting solely of numbers, the default type of passcode in the latest version of the iPhone operating system. Even with security features disabled, each passcode guess takes 80 milliseconds to process, limiting the FBI to 12.5 guesses per second.

How to make an iPhone less ‘hackable’

For security-conscious individuals, the simplest protective move would be to use a passcode consisting of letters and numbers. Doing so would vastly increase the amount of time required to guess even short passcodes. Apple estimates it would take more than five years to try all combinations of a six-character passcode with numbers and lowercase letters. Adding capital letters to the mix would extend that further.

Changing to an alphanumeric code is as simple as going into the phone settings and choosing “Touch ID & Passcode,” then “Passcode options.” 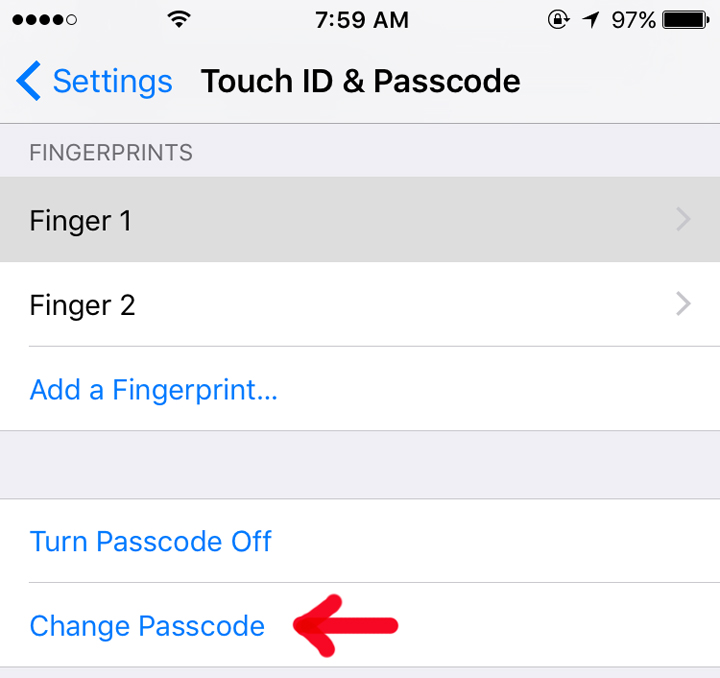 Another option is simply to pick a much longer numeric code. An 11-character code consisting of randomly selected numbers – that means no references to birthdays or anniversaries that could be easily guessed – could take as long as 253 years to unlock.

But longer, more complex codes are harder to remember, and that’s probably why Apple hasn’t yet required their use. It could, however, easily do so. In fact, iPhones moved to six-digit passcodes from four last September.

Apple may have other tricks up its sleeve. For instance, the company could add additional layers of authentication that would thwart the security-bypassing software the FBI wants it to make, says computer security expert Jonathan Zdziarski.

“This is probably the best way to lock down a device,” Zdziarski says.

Apple could also require a second passcode whenever the phone boots up; without it, the phone wouldn’t run any software, including the tool the FBI is requesting. “It would be like putting a steel door on the phone,” Zdziarski says. Currently, iPhones automatically load the operating system before asking for a passcode.

For now, Apple CEO Tim Cook is focusing on winning the current battle with the FBI in a Southern California federal court while also trying to sway public opinion in the company’s favour. The skirmish could go all the way to the U.S. Supreme Court.

In the meantime, Apple is probably already working on security improvements for the next version of the iPhone operating system that it will probably announce in June and release in September.