The biggest danger for the country’s increasingly fragile economy isn’t plunging oil prices, or the threat of a housing bust in Vancouver or Toronto.

It’s debt. Specifically, the vast amount of it that’s accumulated in the hands of a relatively small number of mostly young households over the last half-decade (as the cost of borrowing money has sunk lower and lower).

While low rates helped Canada sidestep a deep recession in 2009, they have sowed the seeds of new and still-growing “vulnerabilities” said the deputy governor of the Bank of Canada, Lawrence Schembri, on Wednesday.

And those vulnerabilities could compound the nasty outcomes that would accompany a significant economic downturn, if triggered, he said in prepared remarks made in Guelph, Ont.

‘High household indebtedness can amplify the impact of a shock’

“During times of stress, people with higher debt will typically cut back on their spending disproportionately more than those with less or not debt. “This means that high household indebtedness can amplify the impact of a shock,” Schembri said.

Younger borrowers in particular have run up risky levels of debt – notably in B.C., Ontario and Alberta, in regions where home prices have surged (see map).

Roughly 720,000 Canadian homes (or roughly 8.8 per cent) are carrying a total of 20 per cent of all household debt – or $400 billion (including mortgages) – according to information cited by the central bank.

“Most people in this subgroup are young—under the age of 45,” Schembri said. Many of those households hold middling levels of education as well, and as result, are more at risk of job loss and the financial difficulties that arise from that, the deputy governor said.

Schembri’s remarks come as the economy struggles to recover from the steep slide in oil prices.

The numbers of households with debt loads that far exceed the national average has climbed sharply in three provinces where home prices have risen the most: 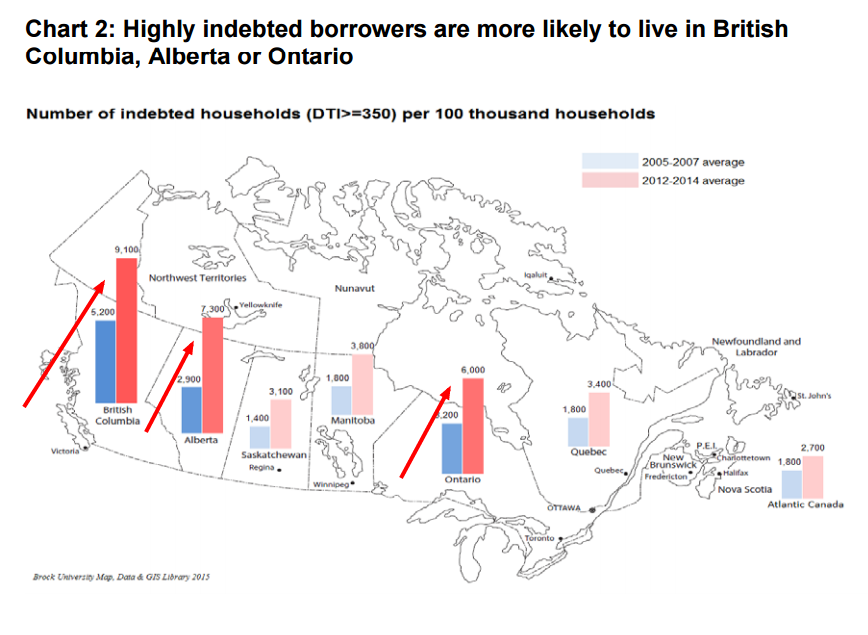 Right now, risks are “low” of a full-blown, deep recession that could trigger high default levels on homes and loans, the bank said.

But debt levels among a small but significant number of overleveraged households remain a chief concern.

“The debt situation does not yet look like the pre-crisis United States, but nevertheless remains the key risk to the Canadian economy,” TD economist Brian DePratto said.

A good portion of Schembri’s address had previously been outlined in the Bank of Canada’s last financial system review document released in December.

“Its purpose is to inform both the private and public sectors of our assessments so that they can take appropriate steps to mitigate these vulnerabilities and reduce their exposure to them,” he said. 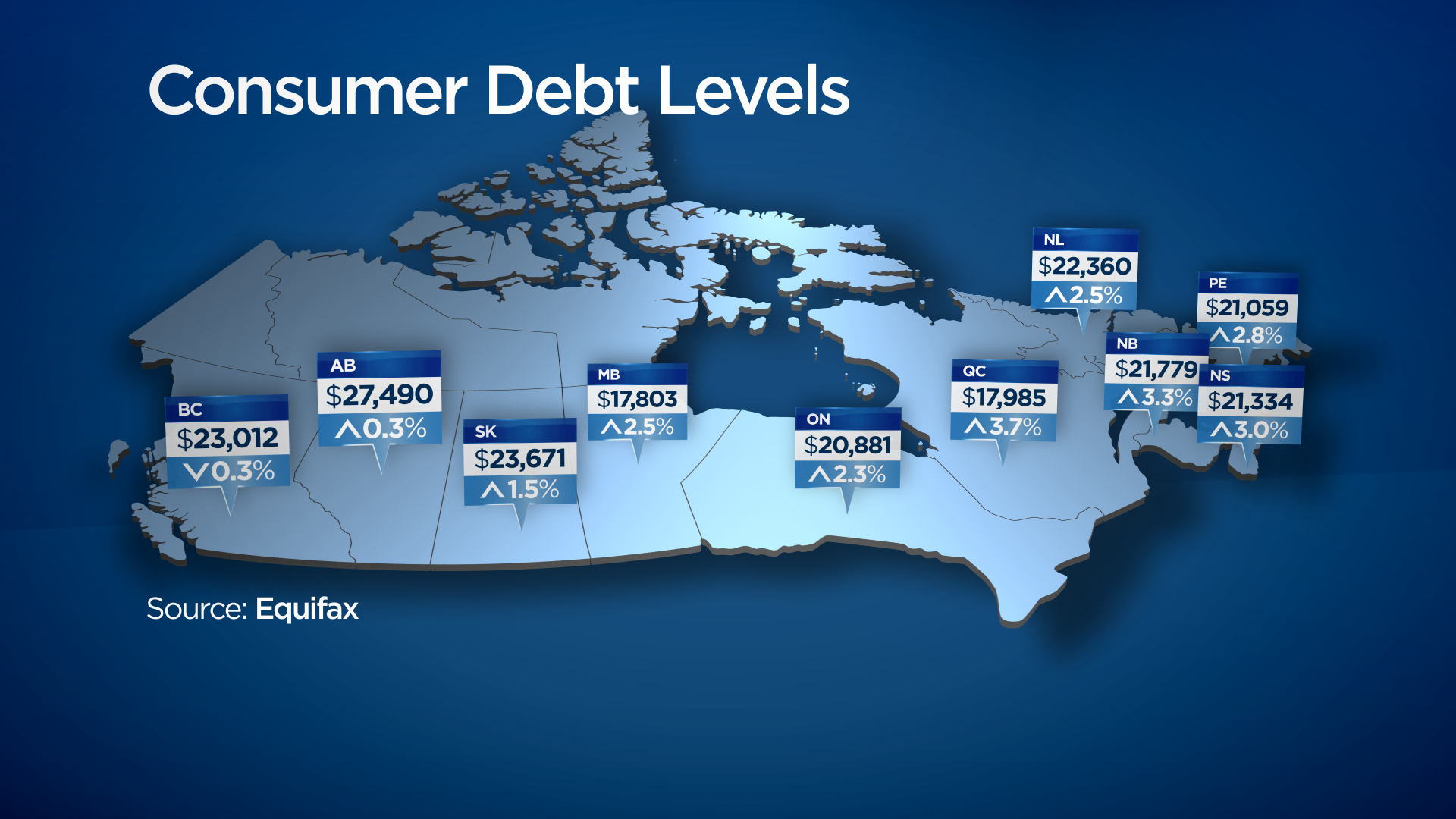