CALGARY – The City of Calgary has received a dubious honour thanks to a local wastewater facility sometimes referred to as the “poop palace.”

The Forest Lawn Lift Station moves wastewater from low-lying areas to higher ones, then using gravity to allow it to flow to the Bonnywbrook Wastewater Treatment Plant.

The city decided to revamp the lift station as part of its WATERSHED+ initiative. The new lift station, completed in 2015, features a map of LED bar lights that change colour based on how fast water inside is pumping. 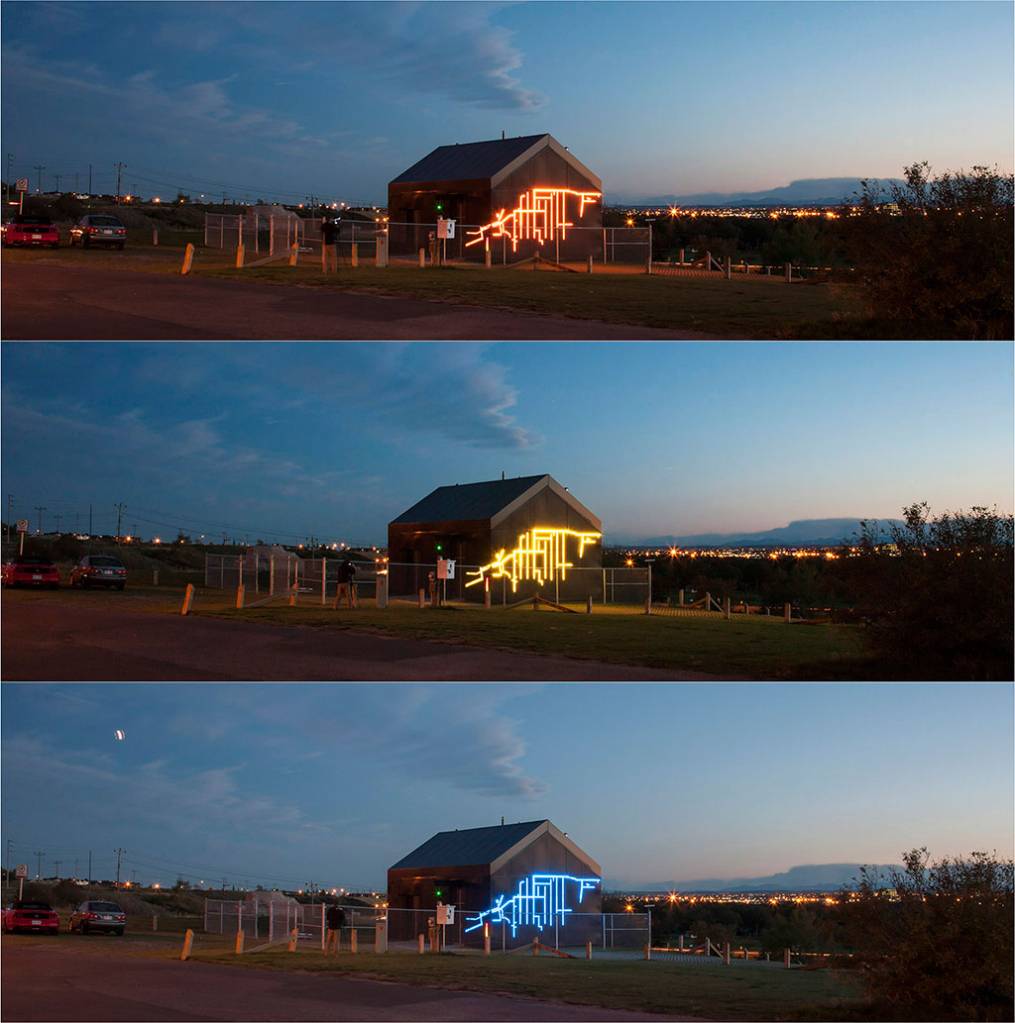 WATCH: The City of Calgary was the winner of the Municipal Teddy for it’s ‘poop palace’, a waste-station art project in Forest Lawn. Gord Gillies reports.

On Wednesday, The Canadian Taxpayers Federation (CTP) gave Calgary a Teddy Waste Award in honour of the project, which cost $236,000.

“Most people would agree that our waste water is something to manage discreetly, rather than celebrate with an expensive hilltop art project,” CTF Federal Director Aaron Wudrick said.

Other Canadian cities nominated for a municipal Teddy include Victoria, Peterborough and Saskatoon – which received two nominations.

The CTF said Victoria’s nomination was for spending $10,000 to install musical sensors on stairwell railings in a municipal parking garage, while Peterborough paid two of its police chiefs severance payments even though they didn’t lose their jobs.

Saskatoon, received a nomination for a $5.3 million money-losing parking system that doesn’t work well in cold weather, and also for spending $462,000 on a decorative lighting system on a bridge that was subsequently torn down.

The tongue-in-cheek pig-shaped Teddy Awards are handed out annually by the CTF to government’s worst waste offenders. The awards are named after Ted Weatherill, the former chairman of the Canadian Labour Relations Board, who racked up nearly $150,000 in expenses – including $700 on a lunch – and was fired in the late 1990s.