Boxing becoming bigger than ever thanks in part to fashion industry

TORONTO — As Mayweather v. Pacquiao are set to make boxing history, boxing clubs in Canada appear more popular than ever.

The fitness trend, which boasts you can burn up to 600 calories in an hour, has been undoubtedly given a push by the fashion industry. Alexander Wang even came out with designer boxing gloves (you’d take a £240 financial hit by buying them — if they weren’t already sold out). Chanel also jumped on the boxing bandwagon for its 2014-15 Fall/Winter campaign. 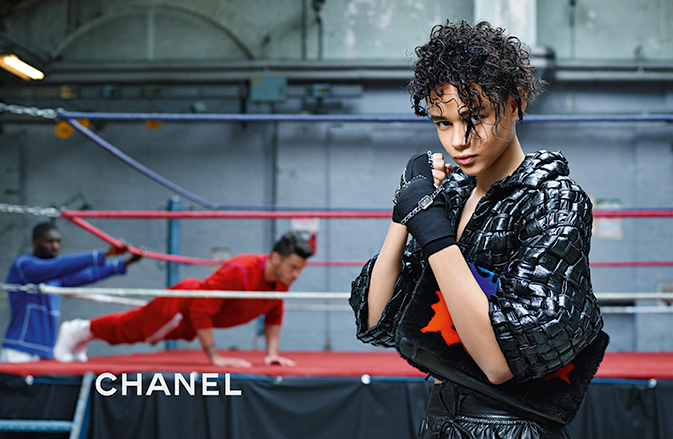 And, of course, it seems like almost every lingerie model’s secret to nice, toned muscles includes the cardio and strength training combo that boxing provides.

Rosie Huntington-Whiteley does it.

So does Karlie Kloss. Her trainer, Justin Gelband, also trains Miranda Kerr, according to Vogue.

Fighting for the gold tonight! #HappyStPatricksDay 🍀💚🍀

Adriana Lima swears by it, as well.

“People follow their favourite model, see they are boxing or training, and get inspired to do the same,” Stephen Cheuk told Bloomberg Business. Cheuk owns a boxing gym in Manhattan, where many of the clients are DJs and fashion magazine editors.

Canadian boxing clubs are now catering to just about everyone – even “white collar professionals” in Toronto.

“If you just figure out how to read your body and come down and go at your own pace, I believe anyone can do it really,” said Cyndie Swanson of Edmonton’s Panther gym.

She admitted earlier this year that boxing used to be considered more of a “man sport,” but now her gym is seeing more of a 40-60 split.

It’s all women at the Toronto Newsgirls Boxing Club. Savoy Howe opened it in 1992, at a time when few females would be spotted at a boxing gym. Now, Howe said she has about 300 clients, ranging in age from 16 to 50.

“Maybe in the past three or four years once women learned that recreational boxing means they can participate and not get punched in the nose,” she said about the influx of clients.

Howe added that within one class, women also “realize how friggin’ strong they are.”

“Having access to a heavy bag is cheaper than therapy.”

You can see a listing of some of the boxing gyms in your area here.