VANCOUVER – Do you remember Biggie?

He was featured quite a few times on Global BC, in articles and on our Adopt-A-Pet segment, after he was taken into care during an animal cruelty investigation late last year. The seven-year-old Chow Pei had to have surgery to remove a growth the size of a cantaloupe hanging from his neck that had been there for nearly three years. He also had to have eye surgery.

After waiting for some time to find his forever home, Arron and Kris adopted Biggie from the West Vancouver BC SPCA branch in early March.

“People stop us all the time out on our walks and ask about him,” said Kris in an email interview, adding they first heard about Biggie from a friend who lives in North Vancouver. 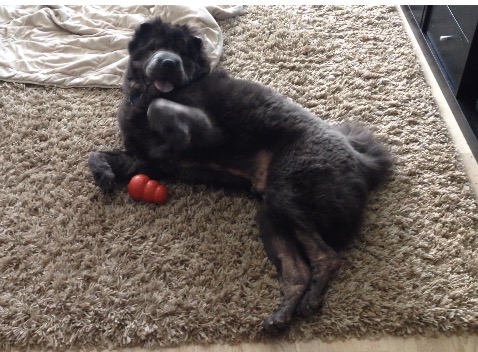 Now Biggie is a part of their family.

“He’s just so funny,” said Kris. “We fell in love with him when we first met him even though Biggie didn’t really try to make a great first impression; he was burping, snorting and drooling like crazy… so that combined with his chubby ankles and bald spots and we just thought all of his imperfections were absolutely adorable.”

She said, aside from that, his story broke their hearts. “It sounds like he’s been through a lot of stressful things and deserves some love and stability.”

Kris’ family adopted two dogs from the Kamloops SPCA when she was younger so she knew adopting a pet would be a good fit.

Biggie has already claimed his spot in the couple’s hearts. “He loves to go for lots of walks around Kits and the beach, look out the window and watch the neighborhood, and roll around on the shag rug and play with his new stuffies,” said Kris. “He’s pretty relaxed so he’s great to have around the house. He also makes a good alarm clock, since Biggie likes to wake us up by sniffing, aka snorting, in our faces from beside the bed.” 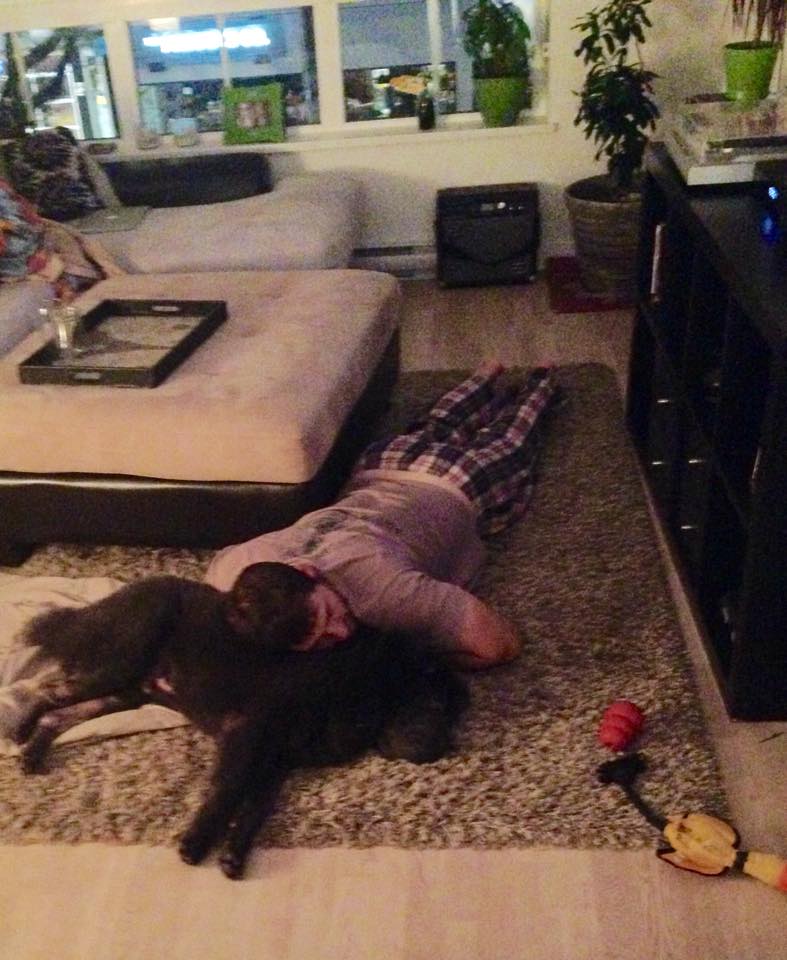 She added they are very grateful to the SPCA volunteers and staff who looked after Biggie until he became theirs. “It’s very sweet to see how much they care about Biggie, and how important it was to them that he found a good home,” she said.

“Rest assured, he’s found one where he gets lots of love, attention and walks!” 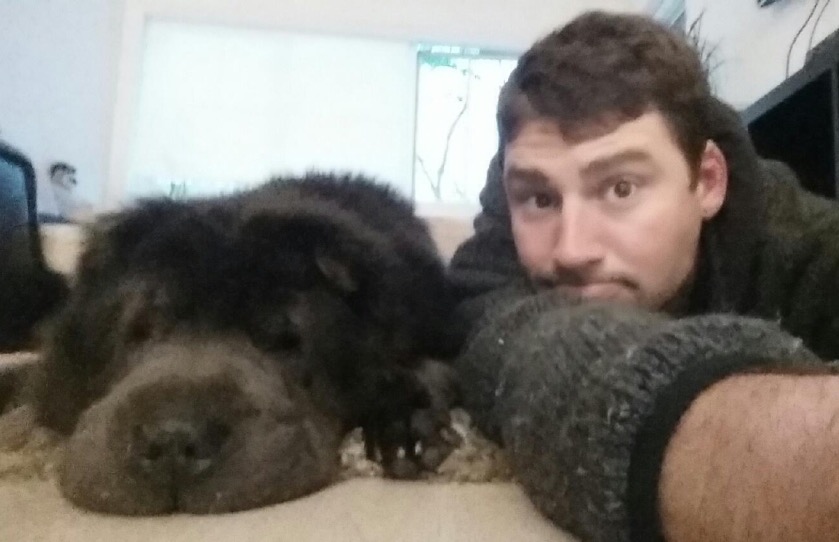