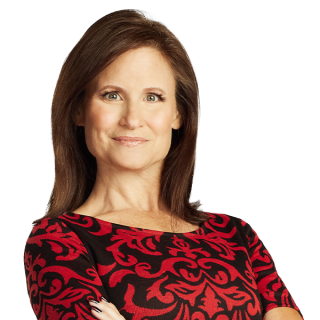 With twenty-five years in the field, and behind an anchor desk, Alex is known and respected for her tough reporting style and accountability. An in-depth, no-nonsense look at the stories making headlines.

Born in Hamilton, Ontario, Alex launched her media career at CHML/Y95 and CHCH TV news. Alex also worked at the New VR and was the first reporter on scene of what would become the Walkerton water tragedy. At CityTV/CP24, Alex anchored CityNews at 11 alongside the late Mark Dailey.

When Alex moved over to Global News in 2007, she won two national RTNDA awards for her investigative series into the dangers of Ontario’s trucking industry, which led to the Ontario provincial trucking licensing laws in effect today.

Most recently, Alex has covered major stories for radio – including the Tim Bosma murder trial – and has worked as a talk show host in Hamilton, Toronto and across Canada on The Roy Green Show.

Listen to The Alex Pierson Show weekdays from 9 a.m. to Noon on 640 Toronto.

The trial began with jury selection on Sept. 19. trib.al/k8CN7ZZ

A senior Biden administration official said the U.S. and Venezuela had explored a range of options. trib.al/5VVwZx8