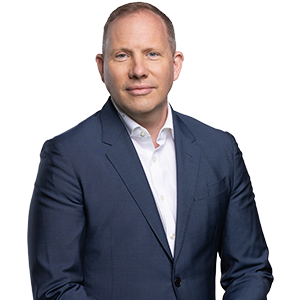 Every weeknight, you can count on A Little More Conversation with Ben O’Hara-Byrne to feature compelling stories, diverse viewpoints, thoughtful questions and frank conversations on topics that matter to all Canadians.

A Little More Conversation provides a forum to explore issues that unite and divide Canadians, fostering a better understanding of what matters and why. From politics to public health, diplomacy to discrimination, affordability to artificial intelligence, and the environment to entertainment, the show will deliver a fresh approach to current affairs from a genuinely Canadian perspective.

Currently the host of A Little More Conversation with Ben O’Hara-Byrne, Ben has more than 20 years broadcast journalism experience.

He started in radio in Quebec City in 1998 before working for Global News in Montreal and Global News in Toronto. He moved to Global National’s Ottawa/Parliamentary Bureau in 2005 and served as the network’s Asia Correspondent based in Beijing from 2009 to 2011. He’s also worked as a network bureau chief in Beijing and London, U.K., and an evening news anchor in Victoria, B.C.

He has reported from across Canada and from several countries including Afghanistan, North Korea, China, Libya, Egypt, South Africa, Ukraine, and Russia.

Ben lives with his wife in Victoria.

A Little More Conversation with Ben O’Hara-Byrne airs weekdays on Corus radio stations across the country:

Power crews from Maine headed to help Canada amid post-tropical storm Fiona were delayed at the border due to the A… twitter.com/i/web/status/1…

The couple simply decided to go with the flow, said the bride. “The flow is just a hurricane.” trib.al/DYoblxO

"Fiona definitely left a mark on the province," the Nova Scotia premier told reporters as he toured his province. trib.al/bCD2Zp3