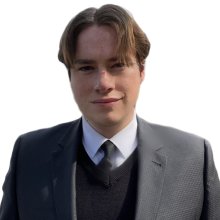 Since late 2019, Travis Fortnum has worked in the Saint John bureau of Global News.

Covering crime, court proceedings, politics and everything in between, within the city and all across the province.

Through the highs and lows of the COVID-19 pandemic, Travis has worked to keep residents informed on New Brunswick’s management of the virus. From the closure of the Maine border to outbreaks in Edmundston.

An honours graduate from Durham College’s Journalism program, Travis got his industry start in Canada’s largest local newsroom – as an intern with CTV Toronto.

He was later hired as an assignment editor for the newscast – eventually branching out to work as a writer, as well as working in both roles at the newscast’s sister station CP24.

Travis came to Global News from CJDC-TV News in British Columbia’s Peace Region. For nearly a year, he worked as a morning radio anchor and videojournalist in the station’s Fort St. John bureau.

During his time in Northern BC – the nation was gripped by the 2019 Northern British Columbia murders and resulting manhunt for accused killers Kam McLeod and Bryer Schmegelsky. The closest reporter to the scenes – Travis’ coverage garnered an international audience.

Off camera, Travis enjoys the outdoors. Often spending his weekends camping, hiking or fishing. Otherwise sitting back with a good book.