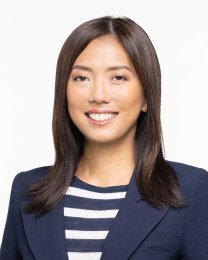 Sophie Lui began co-anchoring Global News Hour at 6 on Global BC, alongside Chris Gailus, in 2015. Prior to that, she co-hosted Global BC News Morning.  She is currently making up for about five years of lost sleep, which coincidentally, is about the same length of time she did the morning show.

Her favourite part of the job is the opportunity to learn something new every day.  She loves that she has an occupational excuse to call just about anybody to ask just about any question.

Sophie was born and raised in the Lower Mainland and has been a news junkie for as long as she can remember. She attended BCIT and graduated from the Broadcast Radio program. From there, she worked at several news radio stations like CKNW, CKIQ-Kelowna, and CFAX-Victoria – before turning toward television news at CHEK-TV in Victoria and then moving back to Vancouver to work at Global BC.