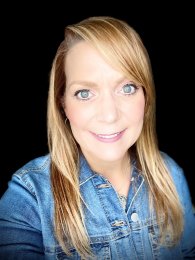 Shelley Steeves is an award-winning journalist, bringing 25 years of national and regional reporting experience to the Global New Brunswick team.

A top graduate of Radio and Television Journalism from Kingstec College in Nova Scotia, Shelley started her career behind the camera as a technician at CBC Halifax. She then went on to become Production Manager for TV New Brunswick, and helped launch the province’s first provincial community programming network.

She spent 14 years as the Maritime Bureau Chief for The Weather Network and worked for CBC New Brunswick as a reporter. She’s has been awarded the RTNDA’s National Network Award for Diversity and a medal at The New York Television Festival for her unique style of storytelling.

As Senior Correspondent for New Brunswick, Shelley’s character-driven reports focus on issues and events affecting the people of New Brunswick.

Outside of work, Shelley dedicates her time to her family and to volunteering for para-athletics.  She enjoys spending time with her family, jogging, singing, working with animals and camping along New Brunswick’s beautiful Northumberland coast.