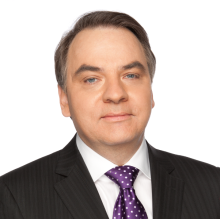 Sean O’Shea is an award-winning investigative and consumer reporter and is regarded as one of the most tenacious reporters in local television. O’Shea has exposed organized crime figures, scam artists and unscrupulous contractors at frequent risk (he was assaulted on air by biker gang members who attacked him with a fire extinguisher.)

A passionate advocate for consumer rights, O’Shea has uncovered scores of scams and has helped viewers recover hundreds of thousands of dollars in over-billed or wrongfully charged services.

Each night, O’Shea fights for fairness  in his consumer action segment, Consumer SOS. His reporting helps families spend their dollars wisely on products and services including travel, home renovations, automobiles, telecommunications and entertainment.

O’Shea is also a contributing correspondent to 16:9, the Global News magazine program. His investigative reports have included segments on Canadian connections to the destruction of the Malaysian rainforest, the safety risks of laser eye surgery, and the battles consumers face in selling their own real estate property.

In 2012, O’Shea reported from Ghana in association with Toronto-based Journalists for Human Rights (JHR). He also mentored and trained television reporters with Viasat 1, an independent broadcaster in the west African country.

Born in Calgary, O’Shea began his career at CBC Television. He has also worked in radio and print journalism. He is a graduate of the University of Regina, School of Journalism.