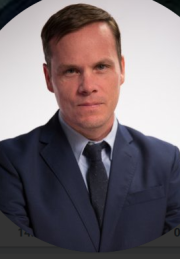 I joined the national investigations team with Global News in spring 2018, after reporting with the Vancouver Province and Vancouver Sun in British Columbia.

I graduated from Langara College with a journalism certificate in 2005, and was winner of the Jack Webster student journalist award. Since 2006 I’ve been nominated for a number journalism awards including the Jack Websters, National Newspaper Awards and Hillman Prize. Most recently, in 2019, I and my TV colleague John Hua won a Jack Webster Award for The Casino Diaries.

I’m based in Ottawa, and I report on politics, corruption, transnational organized crime and financial crime, foreign influence, money laundering, Canada’s international relations and foreign policy, national security and intelligence, and all manner of public accountability investigations. You can follow me on Twitter at @scoopercooper