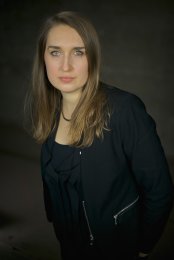 Krysia Collyer is an Emmy award-winning journalist. She was part of a team of 10 students, who travelled abroad to investigate electronic waste practices for a PBS FRONTLINE/WORLD documentary. Since completing her Masters Degree in Journalism at the University of British Columbia, Krysia has won the CBC Joan Donaldson scholarship, allowing her to report for CBC radio and television in Ottawa. She has gone on to work for NBC Night News during the 2010 Winter Olympics, and can now be found working as a producer for the Global News current affairs program, 16×9.