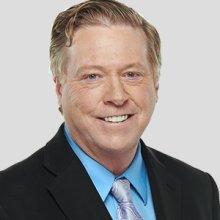 Keith Baldrey is Global BC’s legislative bureau chief based in Victoria, and one of B.C.’s best known political commentators.

He has covered nine premiers and the 2017 election was the ninth B.C. election campaign he has covered (along with numerous federal campaigns and party leadership races).

He also writes a weekly syndicated column on B.C. politics for a variety of Lower Mainland papers, including the North Shore News and the Now newspapers, and appears regularly on News Talk 980 CKNW.

He lives in Victoria with his wife and fellow journalist, Anne Mullens, their two daughters, and their Shiba Inu dog, Teddy.