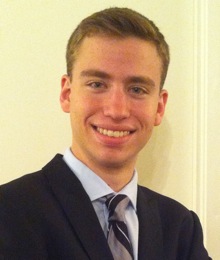 Howard has a broad range of experience in media, law and business, having worked at CNN, CBS News, The Economist and the UN.

He’s been named an Under 30 Global Shaper by the World Economic Forum and is currently a graduate student at Harvard.

He received his law degree from McGill University in Montreal and his work has taken him to the White House, the Supreme Court of the United States and the UN General Assembly.

At Global News, Howard has covered a number of political and international stories, including Justin Trudeau’s rise to power during the 2015 federal election, the Egyptian trial of Canadian journalist Mohamed Fahmy, the arrival of Syrian refugees to Canada and the annual Rogers Cup Tennis Championship.

He is a certified tennis coach, has break danced in over 5=five countries and founded MBLA Cares – an entity that raises funds for cancer research.