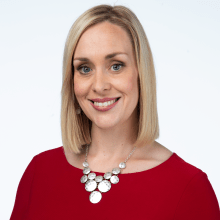 Heather Yourex-West is an award-winning journalist based in Calgary. As a Network News Digital Journalist, Heather contributes to all Global News platforms, covering news throughout the Prairies for Global National.

Prior to joining the network’s national team in 2018, Heather spent 10 years covering the health beat for Global Calgary. During that time, her work was recognized with a number of awards.

In late 2015, she produced a special series examining Canada’s upcoming medical assistance in dying legislation that went on to win an International Edward R. Murrow award and a Canadian Screen Award nomination.

Heather received her broadcasting education at the University of Calgary and SAIT. After a brief time working as videographer, anchor, producer and news reader at CFTK-TV in Terrace, B.C., Heather joined Global Lethbridge in 2003 before moving to Global Calgary in 2005.

In 2008, Heather’s curiosity about the AIDS pandemic in Africa took her to South Africa, where she took a break from broadcasting to help a small NGO produce videos about the work they were doing. Deeply moved by the tragedy of the orphan crisis created by the pandemic, Heather shared her experiences with the Global audiences online.

Outside the newsroom, Heather is a mother of two young girls and enjoys exploring the mountains with her husband, Dave.