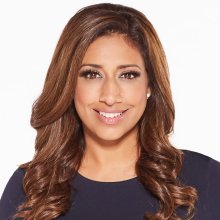 One of Toronto’s most recognizable faces in news, Farah Nasser is an award-winning journalist, bringing extensive experience to her role as anchor on Global News at 5:30 & 6.

Providing viewers across the GTA much needed clarity for nearly two decades, she was on the ground reporting during major events such as the Toronto van attack, the London, Ont., terror attack which killed a Muslim family and was in Washington for the election of Joe Biden. She was the first journalist to be granted a one-on-one with PM Justin Trudeau after the country reopened after the pandemic lockdown in 2020.

Nasser’s status as a trusted journalist with a strong interest in politics has earned her the opportunity to moderate key political debates, including the main 2018 Ontario provincial election debate, and the only broadcast 2018 Toronto mayoral debate.

Nasser has been praised for furthering public discourse with her thought-provoking reporting and motivational public speaking. She created notable buzz on social media as the force behind #FirstTimeIWasCalled and #LivingInColour, two digital series’ exploring the experiences of marginalized peoples; she similarly received plaudits for her TEDx talk titled “The Power of Intellectual Humility.”

She received an Edward R. Murrow award for Excellence in Diversity, Equity and Inclusion for her special Living in Colour: Being Black in Canada and is a back-to-back winner of the RTNDA Sam Ross Award for her viral commentaries 93 Killed a Day at the Barrel of a Gun (2018) and What if the fighting in Aleppo was happening in Toronto? (2017); the latter story was viewed 3.5 million times and used as a teaching aid in schools to explain the Syrian conflict.

Nasser began her career with Rogers TV before accepting a position with Newstalk 1010 where she worked her way up to a reporting role. After landing this first major reporting gig, Nasser went on to hold various roles with Toronto 1, A-Channel News, Citytv, and CP24 before joining Global News.

A graduate of Toronto Metropolitan University’s Radio and Television Arts program, she also attended the University of Westminster in London, England and later interned for CNN in New Delhi, India.

When not reporting on the day’s headlines, Nasser spends her time volunteering in the community. She is a member of the board of directors of the Canadian Journalism Foundation and serves as a mentor for the Canadian Association of Journalists and for CivicAction, a non-profit that brings together senior and emerging leaders from diverse backgrounds. Nasser regularly speaks at community events and has worked with organizations such as Journalists for Human Rights, the Aga Khan Foundation and the Economic Club of Canada.

Nasser lives in Toronto with her husband and two young kids. She has a passion for travelling and has instilled that in her children taking her young family to several regions in Canada and through Asia and Europe.