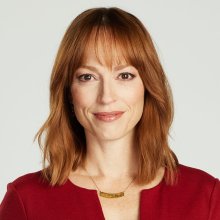 Receiving a number of honours in recent years for her large-scale investigations, Jarvis was awarded the 2018 Canadian Screen Award for Best National Reportage for the investigative series, Who’s Watching?, which exposed shortcomings in Ontario’s probation system.

Also in 2018, Jarvis and Global News were the sole broadcaster to partner on The Price of Oil series, the largest collaboration of Canadian journalists to date. The investigative project produced a half-hour documentary, Canada’s Toxic Secret, which shone a light on a troubling trend of industrial leaks and spills in Sarnia, Ontario’s “Chemical Valley” – and prompted the Ontario government to fund a health study in the region. Canada’s Toxic Secret was distinguished with both a Silver World Medal from the New York Festivals TV & Film Awards and an Honourable Mention from the Canadian Hillman Prize.

While in 2015, Jarvis’ hour-long investigation into the Moncton RCMP deaths put a spotlight on a concerning lack of training and equipment among frontline members of the RCMP. The investigation elicited a nationwide response, followed by labour code charges against the RCMP. Under Fire was honoured with the 2015 RTDNA Dan McArthur Award for investigative reporting.

From 2008 to 2016, Jarvis was the Chief Correspondent of Global News’ current affairs show, 16×9. Prior to that she was the west coast correspondent and weekend anchor for the network’s flagship nightly newscast, Global National.

Hailing from Richmond, B.C., Jarvis comes from musical roots. She has a Bachelor of Music in vocal performance, has sung professionally with classical ensembles – such as Alberta’s Pro Coro – and was previously a board member for the Canadian Opera Company.