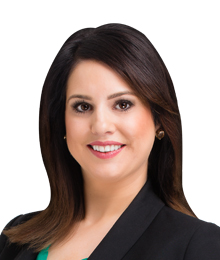 Brittany Greenslade grew up on the West Coast in Vancouver, B.C. She was a national figure skater, who took her first steps on the ice at the age of two.

However, it was her passion for creating change and telling people’s stories that ultimately led her to pursue her love of journalism.

After completing her BA in Economics and Sociology at McGill University in Montreal, Brittany moved back to Vancouver to study broadcast journalism. Since entering the field, she has had the opportunity to work across the country covering some of the top news stories in Canada – from the Vancouver Winter Olympics to the tragic Humboldt Broncos bus crash.

In 2017, Brittany helped uncover a loophole in a provincial agreement between the Manitoba government and a U.S. hospital which was leaving Manitobans with massive health care bills. Robin Milne was left with a $120,000 medical bill after having a heart attack. The coverage resulted in the government overhauling its policy and helping Robin Milne with his medical expenses. This earned Brittany the RTDNA Dan McArthur In-Depth Investigative award for her story.

She was also recognized by Courageous Companions, MSAR Search and Rescue Association, and Cvets Pets for her multiple stories and work regarding service dogs, Canadian veterans and PTSD.

Brittany has been a part of the Global Winnipeg news team since 2012.