A day after the CFL Board of Governors approved a 14-game season for 2021 starting on Aug. 5, the league dropped its 2021 schedule on Tuesday morning.

The Edmonton Elks will open their season at home on Saturday, Aug. 7 against the Ottawa Redblacks on The Brick Field at Commonwealth Stadium. The Elks will have five of their seven home games on Saturdays, with the other two games being played on Friday nights. 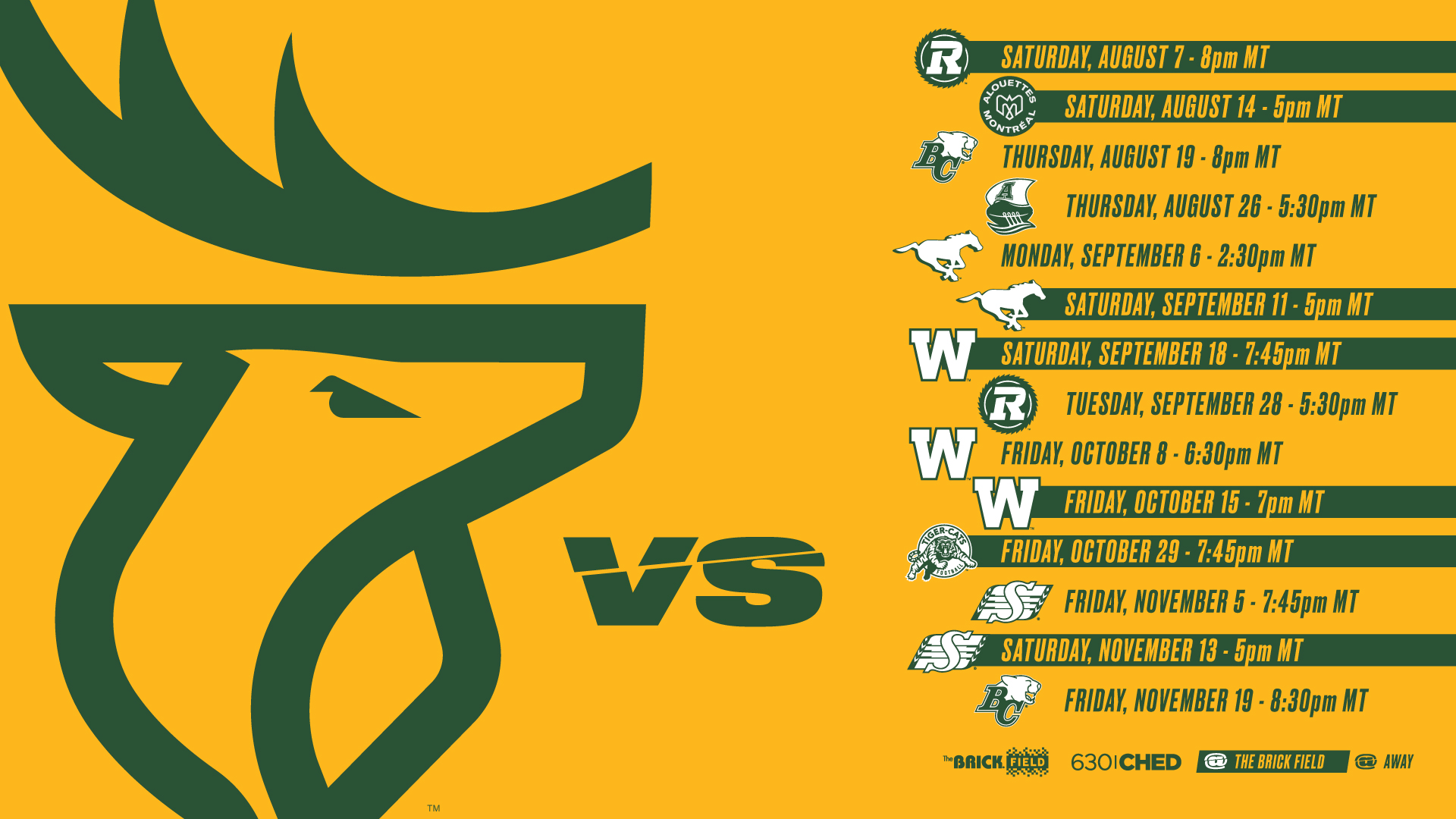 The traditional Labour Day series with the Calgary Stampeders will see the Elks in Calgary on Monday, Sept. 6 with the rematch in Edmonton on Saturday, Sept. 10.

The Elks will face the Winnipeg Blue Bombers three times. The Stampeders, B.C. Lions, Saskatchewan Roughriders, and the Redblacks twice including a game on Tuesday, Sept. 28 in Ottawa. The Elks will see the Toronto Argonauts, the Montreal Alouettes and Hamilton Tiger-Cats once.

CFL teams will begin training camps on Saturday, July 10. There will be no pre-season before the start of the regular season.

No pre-season games. Hearing that the #Elks and Stampeders are in talks to hold a scrimmage at some point during training camp. #ElksCharge #CFL

The CFL also issued an update on discussions with governments about stadium capacity for fans. The league says each team will update their fans on what their plans will be for tickets sales as the season approaches.