CLYDE RIVER, Nunavut — RCMP say an alleged shooter is in custody in the Nunavut community of Clyde River.

Mounties had warned of an active shooter this morning and advised people to remain in their homes.

There is no word on whether anyone was hurt.

RCMP say there has been a peaceful resolution, and officers will be conducting a significant investigation over the next several hours.

Clyde River has a population of about 1,000 and is on the northeast shore of Baffin Island. 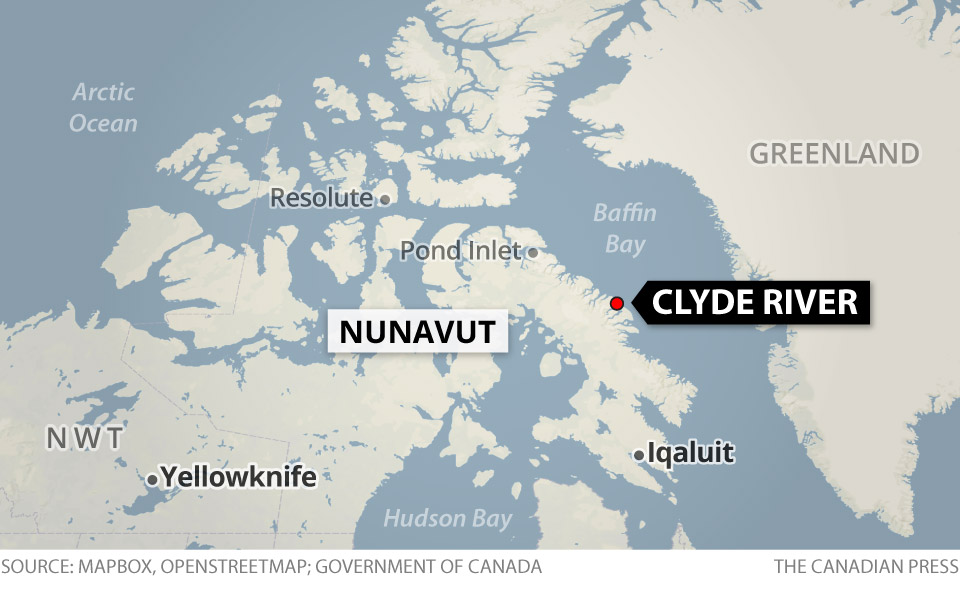 Resident John Corkett says he heard gunshots around 9 a.m., but didn’t think anything of it because people are often shooting at animals in the area.

“We often hear gunshots because they’re trying to scare a polar bear away. We didn’t think of it as an incident,” Corkett said in a phone interview Thursday.

Clyde River, also known as Kangiqtugaapik in Inuktitut, which means “nice little inlet,” sits in a scenic fiord landscape of the Baffin Mountains. The community’s website says the area attracts rock and ice-climbers from around the world.

Mayor Jerry Natanine said he was waiting for more information from the RCMP. He said all municipal services, such as water and sewage trucks, were taken off the road when police announced there was an active shooter in the community.

RCMP later said residents were free to leave their homes and thanked them for their co-operation.