Restaurant sales went up for 3rd month in July: StatCan

Statistics Canada says sales for food services and drinking places rose for the third month in a row in July, buoyed by the reopening of dining rooms and patios across the country.

The agency says the subsector recorded sales of $4.6 billion in July, up 17.1 per cent compared to June. 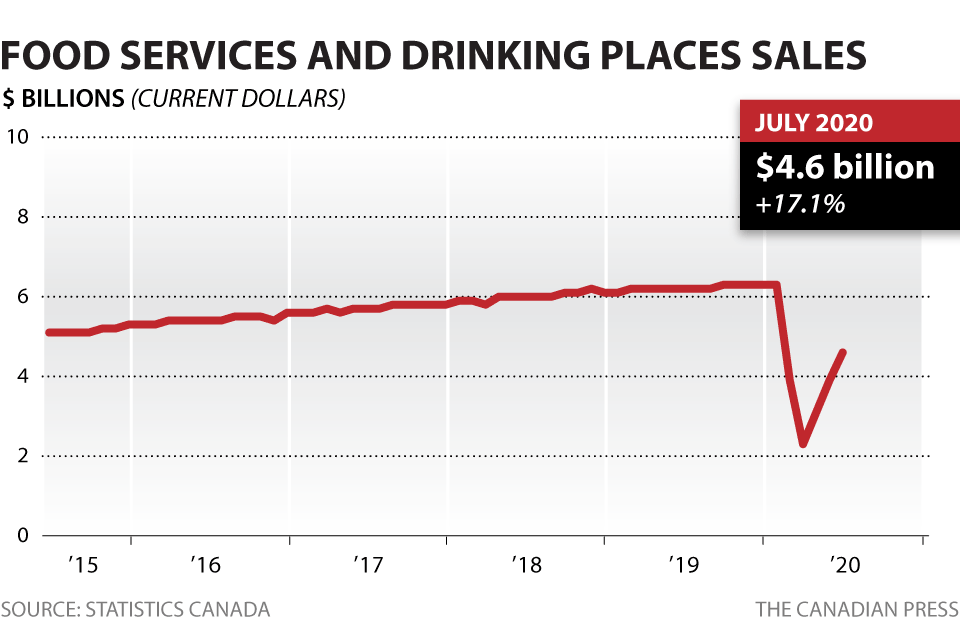 Sales at what it calls “drinking places” saw a whopping 40 per cent increase in July, Statistics Canada says, as bars, pubs and some nightclubs continued to reopen.

That was followed closely by sales at full-service restaurants, which rose by more than a third compared with June.

Read more: Patio heaters won’t cut it. What will it take for restaurants to survive winter?

Statistics Canada says eight per cent of full-service restaurants were closed for the entire month of July, compared with 11 per cent in June, 21 cent in May and nearly half in April.

The federal statistics agency says unadjusted sales in July were still down nearly a quarter compared with the same month last year.