With a current wait list of 10,000 people, the redevelopment in Lendrum will provide housing to 120 families struggling financially in the capital region. 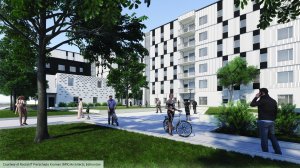 “The community has been fairly supportive of the project and they’ve felt like they were able to have a voice in the process,” said Erin Sawyer, Lendrum Community League president.

“This is part of our big goal to build 5,000 or so units in the next number of years, so to have this project under construction in the next couple of weeks is pretty important,” Ward 10 Councillor Michael Walters said. 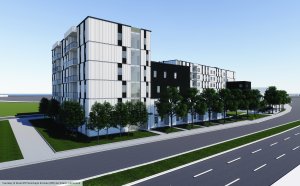 While the project is a step in the right direction, Walters siad the process is not moving as fast as he would like.

“Its pretty sluggish because, you know, we’ve been struggling with support from our provincial and federal partners,” Walters said.

“We only have so much money. As a municipality, we’re the order of government with the smallest piggy bank.”

With money being closely watched by all levels of government, municipal affairs minister Kaycee Madu said the province has launched an affordable housing review panel.

“We must have clarity on a particular problem,” Madu said.

“We will need to bring together all of the stakeholders who are invested in affordable housing to fashion out a strategy.”

The panel will submit its final report at the end of September. The province is expected to contribute $14 million to this development which should be complete by 2022. 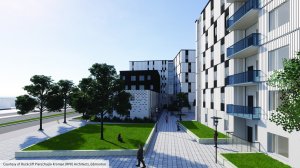 The construction is expected to create nearly 200 jobs.