Statistics Canada reports a record high unemployment rate as the economy added 289,600 jobs in May, with businesses reopening as authorities eased public health restrictions linked to the novel coronavirus pandemic.

The unemployment rate rose to 13.7 per cent, topping the previous high of 13.1 per cent set in December 1982 in more than four decades of comparable data. 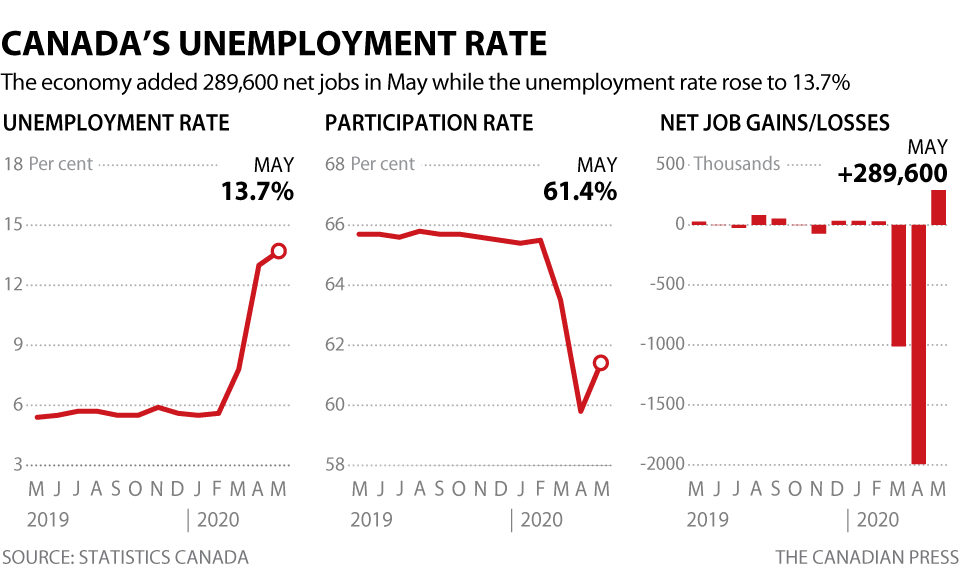 The increase in the unemployment rate came as more people started looking for work.

The average economist estimate was for the loss of 500,000 jobs in May and for the unemployment rate to rise to 15.0 per cent, according to financial markets data firm Refinitiv.

The increase in the number of jobs comes after three million jobs were lost over March and April, and about 2.5 million more had their hours slashed.

Statistics Canada says the number of people who worked less than half their usual hours fell by 292,000 in May.

That some Canadians are returning to the workforce is an “encouraging” sign, Employment Minister Carla Qualtrough said, speaking to reporters on Friday.

But, Qualtrough added, “there’s still a long way to go.”