I am not a fan of the New Orleans Saints, but over the years I have grown to admire the greatest player in the franchise’s history, quarterback Drew Brees.

But comments the future Pro Football Hall of Famer made on Wednesday have knocked him down a few pegs in my books.

In an interview with Yahoo Finance’s Daniel Roberts, Brees was asked how the NFL should respond if players once again took a knee in protest of police brutality during the national anthem in the wake of George Floyd‘s death and the subsequent protests that have erupted in the United States and around the world.

Highlight: @readdanwrite asks @drewbrees what the star NFL quarterback thinks about "players kneeling again when the NFL season starts."@drewbrees: “I will never agree with anybody disrespecting the flag of the United States of America or our country.”

Brees said he “will never agree with anybody disrespecting the flag of the United States of America, or our country,” and went on to talk about his two grandfathers fighting in the Second World War.

The comments were offside, plain and simple.

When former NFL quarterback Colin Kaepernick decided to kneel during the Star-Spangled Banner in 2016 it was to protest police brutality and systemic racism.

It never was about the stars and stripes, it was the message Kaepernick was trying to convey, one that Brees and other like-minded people failed to hear.

After a torrential backlash, even from some of Brees’ longtime teammates, the iconic Saints quarterback has issued an apology, saying he “made comments that were insensitive and completely missed the mark on the issues we are facing right now as a country.”

We don’t care if you don’t agree and whoever else how about that.

We are still three months away from the start of the 2020 NFL season, and there is no doubt in my mind that more and more players will be kneeling during the anthem to draw attention to racial injustice.

Given Brees’ comments, and his ensuing apology, it will be very interesting to see if he joins them. 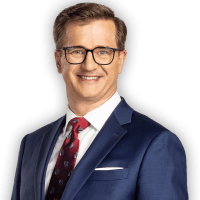