Canada added 34,500 jobs in January, more than twice the number markets were expecting, and the unemployment rate dipped to a near record low 5.5 per cent, Statistics Canada data indicated on Friday.

Analysts polled by Reuters had forecast a gain of 15,000 positions and for the jobless rate to stay at 5.6 per cent. 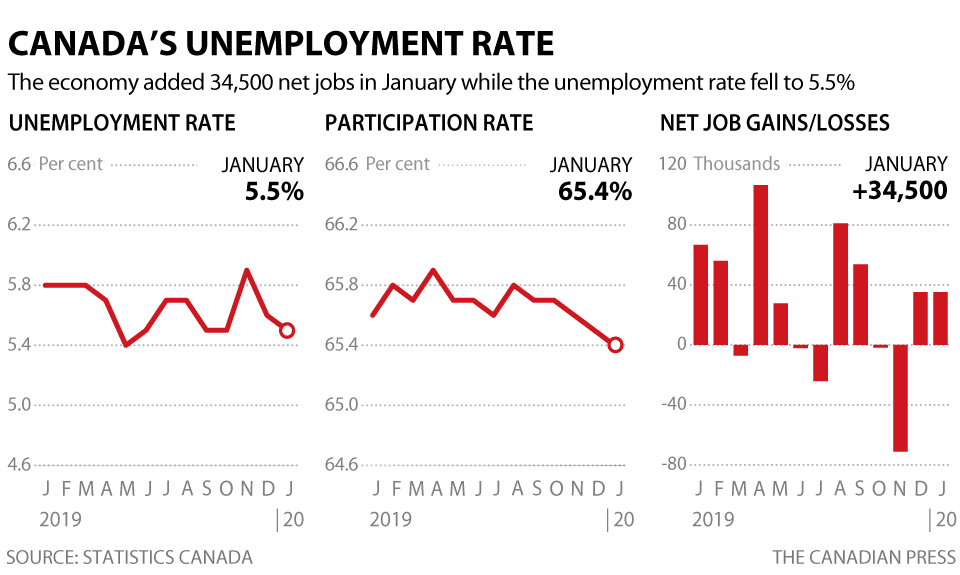 All the gains were in full-time jobs, said Statscan. The goods-producing sector added 49,100 positions — almost half of them in manufacturing — while the service sector shed 14,500.

The hourly wages for permanent employees — a number closely watched by the Bank of Canada — rose by 4.4 per cent compared with January 2019 and were up from 3.8 per cent in December.

The central bank has held its key interest rate steady since October 2018 but said last month a cut was possible if a recent slowdown in domestic growth persisted.