Toronto police are asking for the public’s help in identifying two suspects in an “opportunistic killing” that happened in the parking lot of a north-end residential complex last week.

Det.-Sgt. Terry Browne said 22-year-old Jeremy Urbina was seen on security video taking out the trash on Dec. 11 when a suspect walked up behind him and immediately started shooting.

“These two individuals — whoever they are — were there possibly for a particular individual, or even more disturbing, they could have been in that area looking for anyone who happened to be there,” Browne said at a press conference on Thursday.

Investigators said the suspects were captured on video entering the complex at 8:01 p.m. The pair “casually” walked around the common areas for six minutes before shooting Urbina upwards of 10 times without any prior interaction. 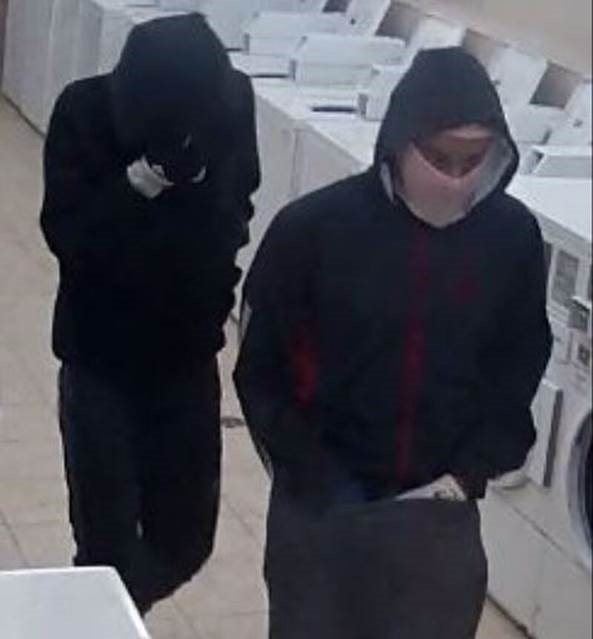 The masked suspects in all dark clothing were seen running from the scene westbound near Finch Avenue and Leslie Street.

“This appears to be a human hunting another human being,” Browne said, describing the homicide as a callous act. “This is how this plays out.”

Urbina was a second-year integrated media student at OCAD University and was not known to police. Officials said he appeared to be a random target.

A gofundme has been set up for the family of the victim who would have been turning 23-years-old in January.

“He was a loving son, brother and friend. [He] was committed, loyal and a hardworking young man,” the gofundme reads. “[He] had a unique way to put a smile on everyone’s face.”
Story continues below advertisement

This was Toronto’s 67th homicide of the year and the fifth shooting to occur at the Field Sparroway complex in 18 months.