Legal cannabis sales fell to $122 million in September from an all-time high of $125 million in August, numbers released Friday by Statistics Canada show.

National cannabis sales numbers had been increasing steadily every month since February.

“There weren’t all that many openings of stores in markets that weren’t already well served,” explains Brock University business professor Michael Armstrong.

“If we take out Alberta, there was very little change in store count, so it’s no big surprise that there wasn’t much change in sales.”

Five provinces that haven’t added retail stores recently — all of Atlantic Canada, plus Ontario — appeared to show a spike in sales in August. That would be similar to seasonal sales patterns seen with alcohol, but so far, little is understood about how cannabis consumption varies at different times of the year.

“The retail store network didn’t change that much, so we’ve got a kind of temporary stability in our supply chain and distribution chain, then we should start to see what seasonal patterns might arise,” Armstrong says.

“This could be the beginning of one. It would take many more months to get some confirmation, but that’s pretty good speculation.”

Armstrong also suggests the data may be reflecting a cut in prices, not a fall in sales volumes. Legal cannabis prices have been easing downward, and some retailers have deeply cut prices on goods that weren’t moving, notably the Ontario Cannabis Store, which has cut prices on oil from the $80 range to the $20 range.

Legal cannabis sales show a tight relationship to store openings. Sales in B.C., for example, doubled between July and August after a large number of stores opened all at once.

Quebec’s provincial cannabis monopoly, which has been opening stores steadily, has seen sales increase by $1.8 million a month since May.

“They are bureaucratic, but they are a very efficient bureaucracy,” Armstrong says. “They’re the best public-sector cannabis retailer, in my opinion, in Canada. My only complaint about them was that they don’t have enough stores, but last month, they announced that they’re going to double it by spring, and I see that they’ve actually started doing that already.”

How many cannabis stores can a province support? And if we find that ceiling, can we start to find out how big the national cannabis economy might become?

“I think Alberta is probably close to its limit right now,” Armstrong says. “They had a big jump in stores in September and had only a very marginal increase in sales. I think they’re getting pretty close to a reasonable limit already, from the point of view of increasing legal market share.” 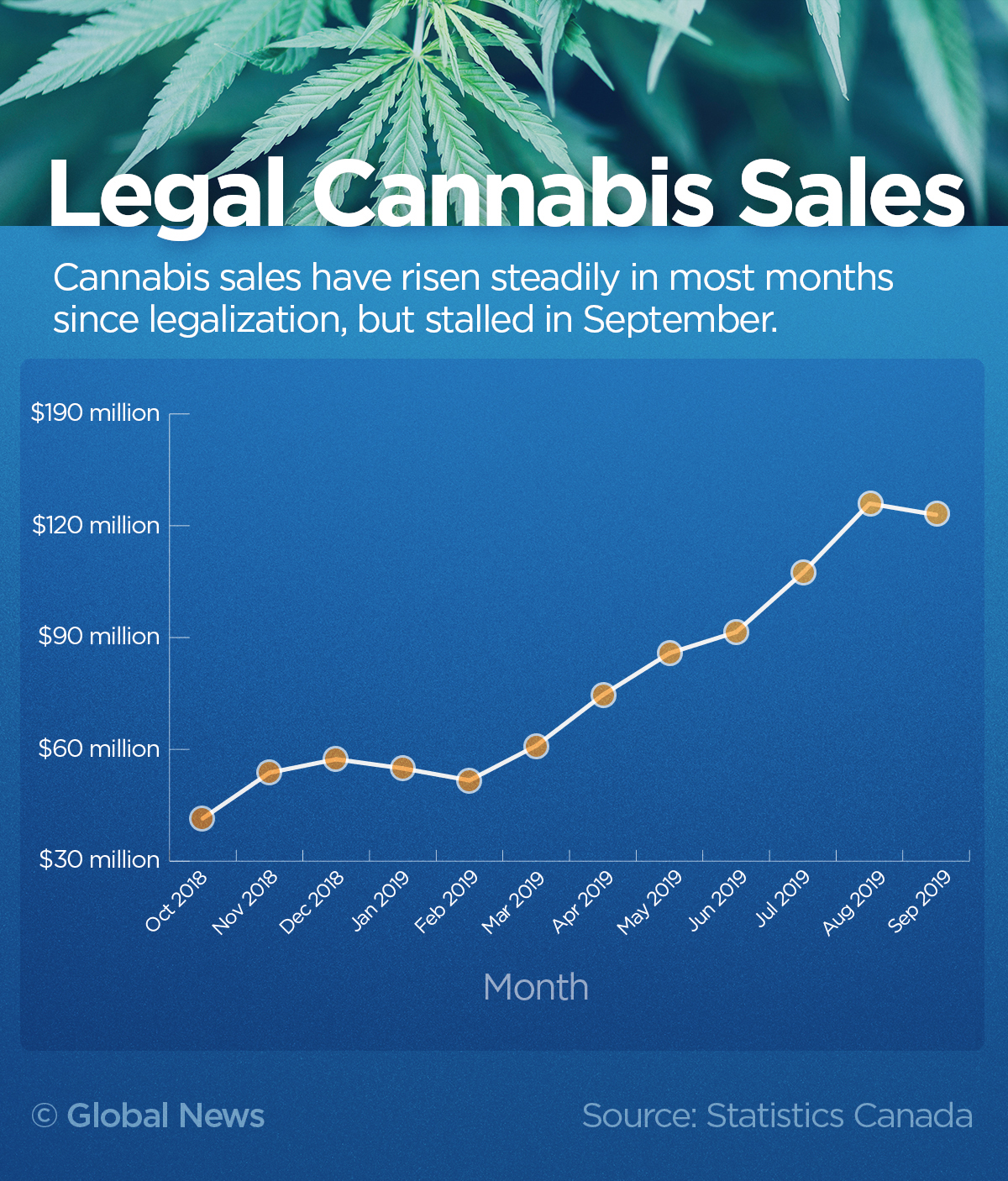