What is the Strait of Hormuz — and why is it so important?

Iran’s ambassador to Britain warned against escalating tensions on Sunday, a day ahead of an expected response from the U.K. which could include fresh sanctions on Tehran or other steps after its seizure of a British-flagged oil tanker.

Britain has called the capture of the Stena Impero in the Strait of Hormuz on Friday a “hostile act”.

Below are details about the Strait:

What is the Strait of Hormuz? 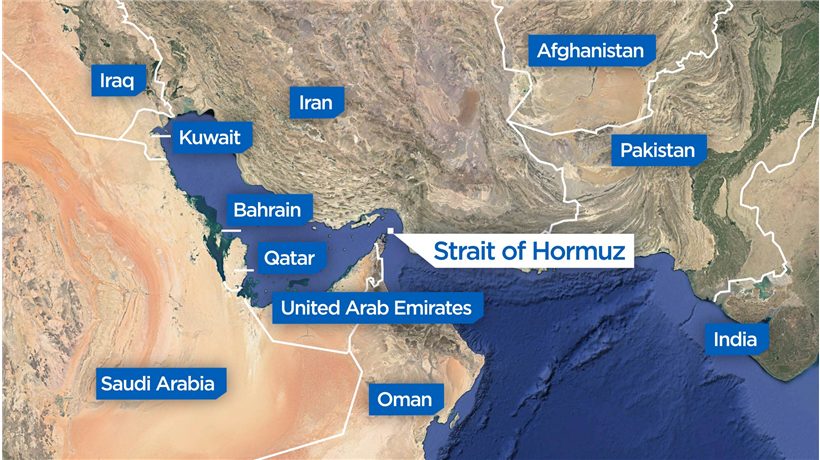 The strait lies between Oman and Iran. It links the Gulf with the Gulf of Oman to the south and the Arabian Sea beyond.

It is 33 km wide at its narrowest point, with the shipping lane just two miles (3 km) wide in either direction.

The UAE and Saudi Arabia have sought to find other routes to bypass the Strait, including building pipelines.

Why does it matter?

Almost a fifth of the world’s oil passes through the Strait — some 17.4 million barrels per day (bpd) versus consumption of about 100 million bpd in 2018, data from analytics firm Vortexa showed.

OPEC members Saudi Arabia, Iran, the UAE, Kuwait and Iraq export most of their crude via the Strait. Qatar, the world’s biggest liquefied natural gas (LNG) exporter, sends almost all of its LNG through the Strait.

WATCH: Iranian foreign minister says there is ‘destabilization’ wherever U.S. is present

The United States has imposed sanctions on Iran aimed at halting its oil exports. U.S. waivers which had allowed continued sales of Iranian oil to eight countries — China, Greece, India, Italy, Japan, South Korea, Taiwan and Turkey — expired on May 2.

Iran has threatened to disrupt oil shipments through the Strait of Hormuz if the United States tries to strangle its economy. The U.S. Fifth Fleet, based in Bahrain, is tasked with protecting commercial shipping in the region.