‘Come on, mate’: Polite Aussie and his dog find koala trying to beat the heat in his car

A very polite Australian man and his canine companion were surprised to find an adorable koala trying to beat the heat in the Aussie’s air-conditioned car.

Tim Whitrow, a winemaker, was out and about Sunday, sampling some fruit at his family’s vineyard, when an unexpected visitor broke into his car.

“I noticed some fluffy ears in the backseat and realised there was koala in the car,” Whitrow explained to 9News.

Whitrow grabbed his mobile phone and recorded his interaction with the furry animal.

“This is what happens when you leave your car doors open in a vineyard,” he said in the video. “Koalas, they jump into your car, and my dog is really curious.”

The video shows the marsupial roaming around inside the vehicle while Whitrow tries to politely evict the occupant.

“Come on, mate. Can I get you to come out of my car please?” Whitrow asked. “Come on, I’m not trying to hurt ya, come on. Do you want some water?”

Whitrow offers the little beast some bottled water, pouring a little on the koala’s mouth and nose. 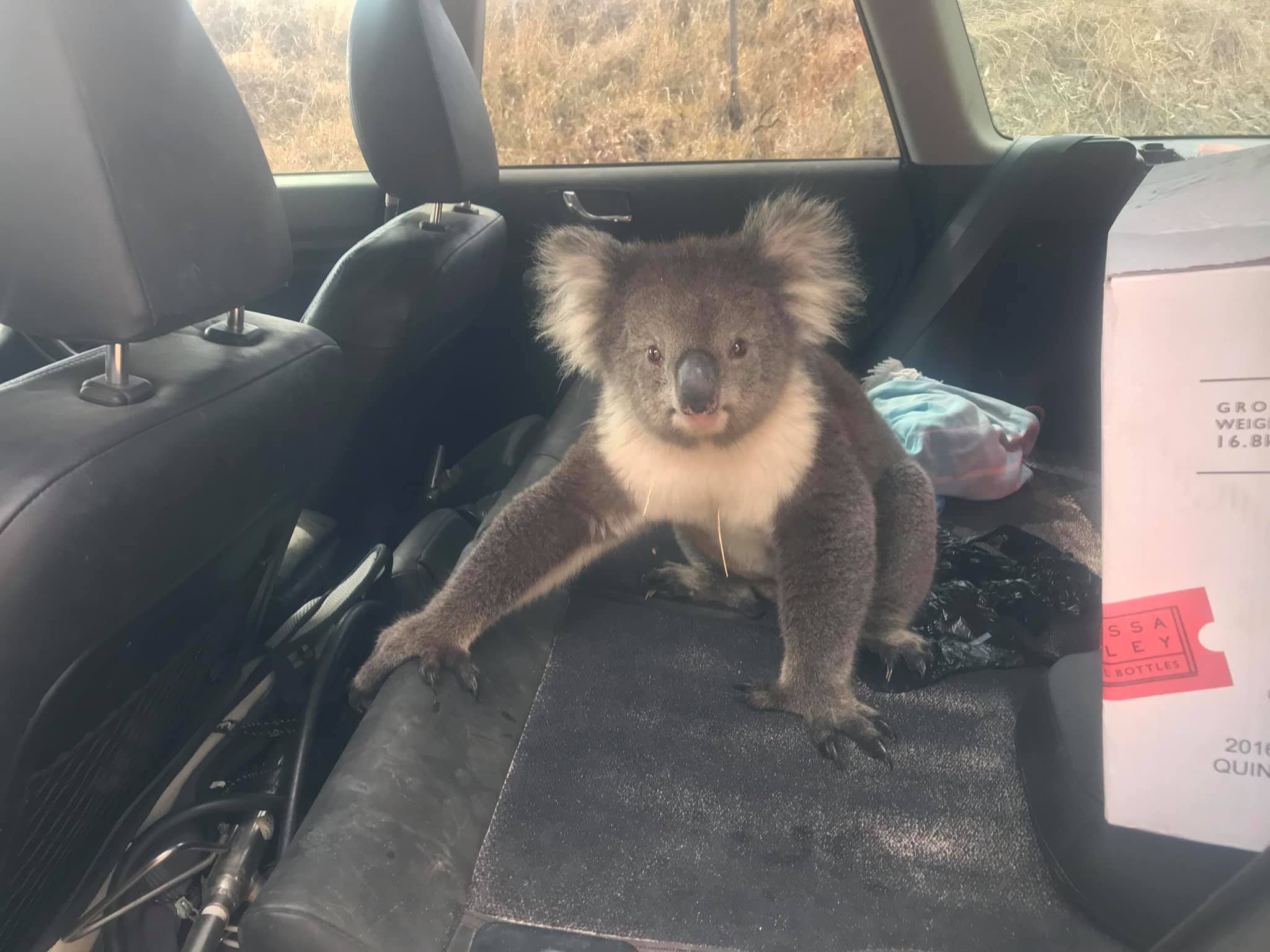 “I really need you to get out of my car,” Whitrow tells the animal, who the man apparently named Caramello.

Whitrow moves to the other side of the vehicle and tries to persuade Caramello to get out, but the beast wasn’t having it.

The koala jumps into the passenger seat and tries to get up on the dash of the car, digging his claws into the leather interior.

“I know it’s nice and cool in here with the air conditioning, no-no-no-no, don’t go up to the front!” Whitrow tells Caramello. “Oh, man.”

Up on the dash the koala goes.

“Don’t climb up there! Mate, what are you doing?” the man said. “You’re making this real tough.”

Whitrow then managed to get the koala out of his car, before the animal ran off into the sticks.

“It was definitely a chilled koala. I ended up having to grab it by the scruff of the neck and literally pull it off the dash to take it out of the car,” he told 9News.

The winemaker said he’s not going to get the dash fixed, but will leave the claw marks as a memento of the encounter.