The outbreak comes as some health experts say the number of kids getting vaccinated has fallen to surprisingly low levels.

Health officials say an immunization rate of 90 per cent is needed to provide “herd immunity.”

Of the 127 schools in the City of Vancouver, only 27 have kindergarten measles immunization rates of 90 per cent or higher. 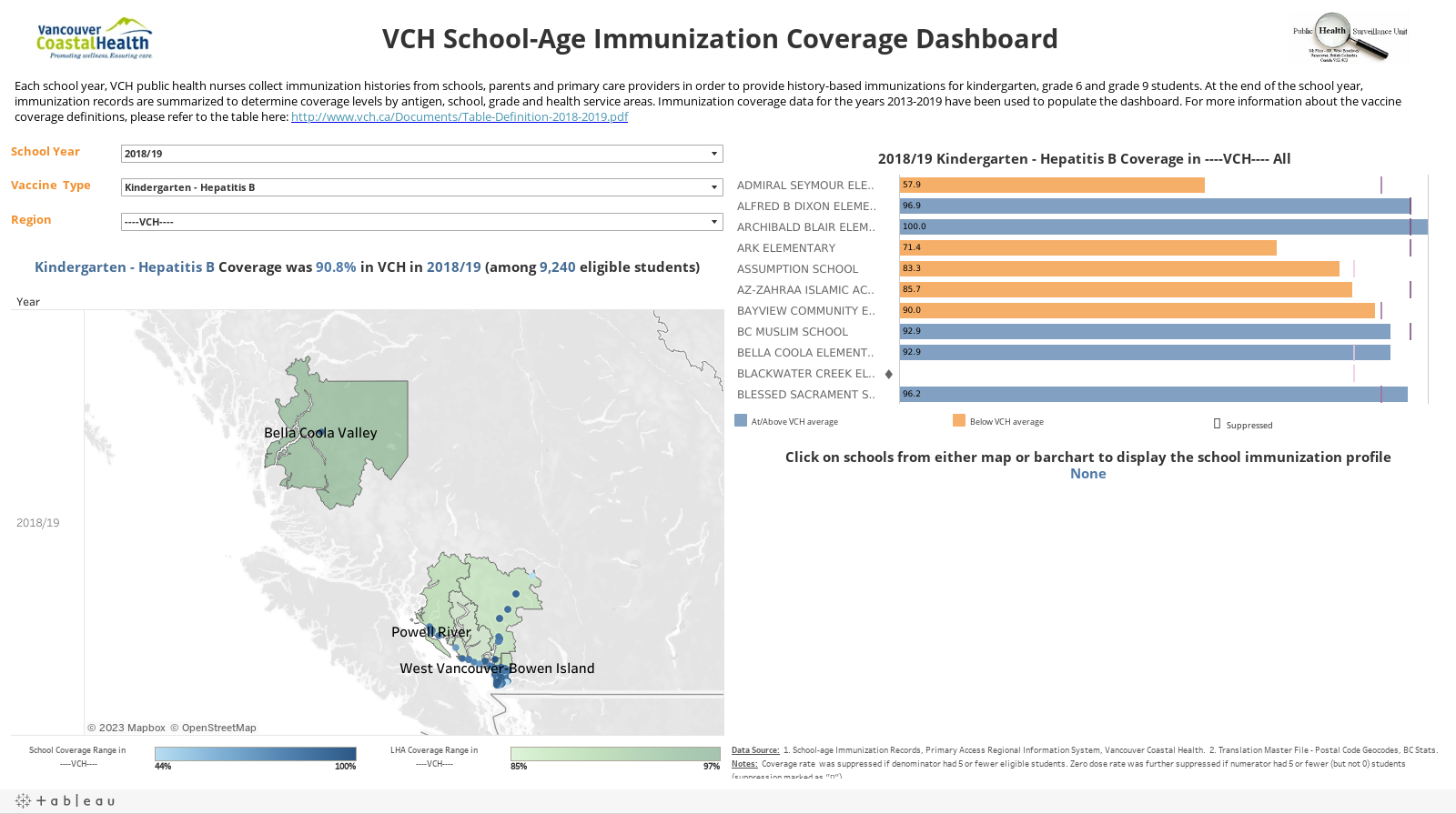 The VCH numbers appear to confirm data from a 2016 University of British Columbia study that showed some of the lowest rates were found in the region’s more affluent areas such as North Vancouver and West Vancouver.

According to VCH, just two of 17 schools in the area of West Vancouver-Bowen Island had kindergarten measles vaccination rates above recommended levels. Mulgrave, a private school, had a kindergarten measles immunization rate of 66.1 per cent while Caulfeild Elementary had a rate of 80.8 per cent.

Just four of 29 elementary schools on Vancouver’s west side were above the 90 per cent threshold.

Immunization rates of 90 per cent or above are needed to achieve “herd immunity” within a community or school to protect those who are – for various reasons – unable to get vaccinated themselves.

Richard Carpiano, who studied local vaccination rates while at UBC, said his research revealed a “two-fold story” where low immunization coverage was found in “both more affluent locations as well as more socio-economically disadvantaged locations.”

In lower-income areas, a lack of access to health care can contribute to low immunization rates, he said, while wealthier areas face a different challenge.

“We do know that vaccination activism is certainly quite higher among more affluent communities,” said Carpiano, who is now a professor of public policy and sociology at the University of California, Riverside.

While public health often focuses on big-picture statistics — such as national or provincial cancer rates — he says when it comes to immunization, drilling down to find data on schools and neighbourhoods matters.

“Looking at these school numbers, these are the kids that somebody’s child is going to be interacting with every day,” he said. “And that’s how these diseases can be spread. They really are local level health issues.

“We think about this often in terms of individuals because it’s a health issue and that’s often how we think about health issues. We think about children and about parents making decisions for their children. But ultimately this is a community issue. The decisions that parents make have spillover effects on other children in the community.”
Vancouver Coastal Health’s school-age immunization coverage dashboard can be found here.
© 2019 Global News, a division of Corus Entertainment Inc.