Did The Weeknd diss Drake about his secret baby? Fans seem to think so

On Friday morning, French producer Gesaffelstein released a brand new song entitled Lost in the Fire. The single serves as the 31-year-old’s third collaboration with The Weeknd, following their efforts from the My Dear Melancholy (2018) EP.

While the two-minute track received a great deal of positive reception, it’s being widely speculated that The Weeknd’s lyrics are referring to fellow-Torontonian singer Drake, for keeping his child a secret.

“And I just want a baby with the right one / ‘Cause I would never be the one to hide one,” the 28-year-old sung.

Fans were quick to question the lyrics. Many assumed he’s now feuding with the God’s Plan rapper over his girlfriend Bella Hadid.

READ MORE: The Weeknd teases fans, says new album is on the way

Drake, 32, was first called out about his kid in 2018 by Pusha T. After a series of back and forth diss-tracks, Pusha T came back with The Story of Adidon in May.

The entire song was an attempt to expose Drake’s secret child named Adonis. It was rumoured that he was going to reveal his son in an advertising partnership with Adidas. Adidon was a play on words between Adidas and Adonis according to Pusha T.

“You are hiding a child, let that boy come home,” he rapped. “Deadbeat mothaf**ka, playin’ border patrol / Adonis is your son, and he deserves more / Than an Adidas press run.”

Drake didn’t address the song until he dropped his fifth studio album, Scorpion (2018). In the song Emotionless, he confirmed the rumours by saying, “I wasn’t hiding my kid from the world / I was hiding the world from my kid.”

READ MORE: The best moments in Canadian music of 2018

The internet went berserk in response to Lost in the Fire.

The result? An influx of memes taking aim at Drake over Twitter.

The Weeknd: I just wanna have a baby with the right one, cause i could never be the one to hide one

Drake and The Weeknd don’t like each other again? Smh

Drake listening to Lost in the Fire:

The Weeknd:"And I just want a baby with the right one, cause I could never be the one to hide one"

The Weeknd dissed Drake in his new track pic.twitter.com/5pJtVmxUby

The Weeknd is the only one that gets a pass when dissing the living legend himself, Drake.

the weeknd shading drake really just set the tone for 2019

OVOXO fans listening to The Weeknd dragging Drake for his secret baby in Lost in the Fire pic.twitter.com/rCt88dYEDq

Many followers are convinced that The Weeknd was upset at Drake about Hadid. Although the two are now back together, there was a period of time when Drake and the American Model were reportedly seeing each other after several sightings together.

Could this be The Weeknd’s way at getting back at Drake? 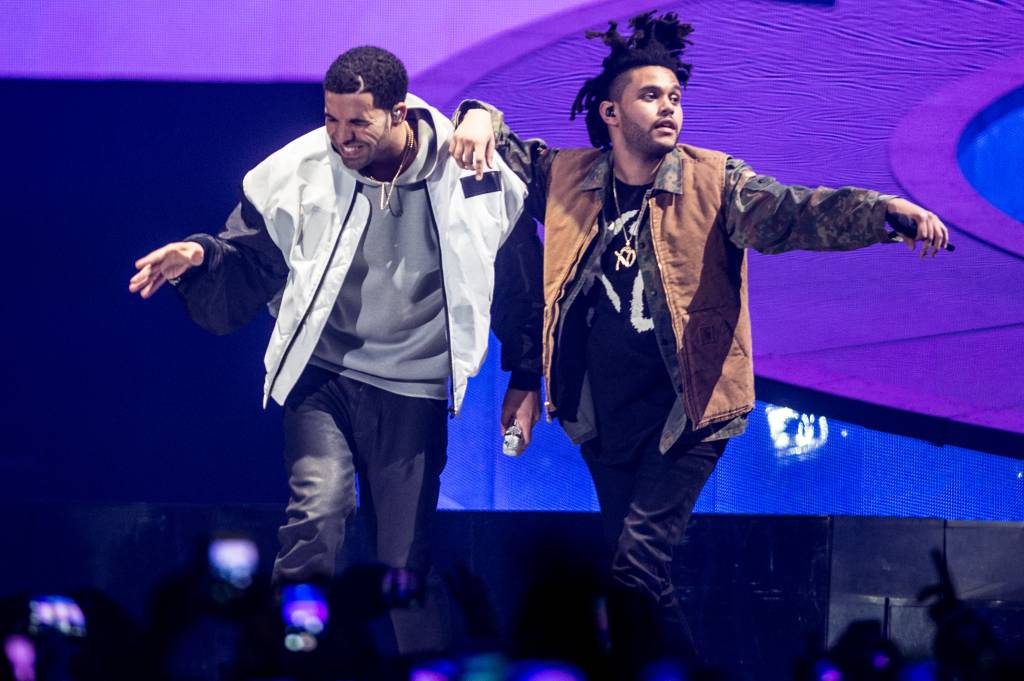 Drake and The Weeknd perform onstage during the ‘Nothing Was the Same’ tour at Nottingham Capital FM Arena on March 16, 2014, in Nottingham, England.

The lyrics for Lost in the Fire have not been released officially by Gesaffelstein, The Weeknd, or their label. They have only surfaced on a handful of unofficial websites, as well as multiple streaming services.

In reference to Drake’s baby, Apple Music has the lyric in question written down as, “I would never be the one to hurt one,” rather than “hide,” which could potentially turn some heads in regards to this alleged feud.

As all music works, the meanings are up for personal interpretation, however, the official lyrics are yet to be confirmed. For now, it seems the meaning behind Lost in the Fire is a matter of opinion.

READ MORE: 8 of the biggest celebrity feuds in 2018

Lost in the Fire is available to stream on Spotify with an exclusive “vertical” video, handy for mobile users.

As of this writing, there are no official details regarding The Weeknd’s upcoming album. He currently has no scheduled tour dates for 2019.