A new report shows there are still over 100,000 Albertans who are out of work and not receiving help from employment insurance (EI).

Using information from Stats Canada, ATB Financial released a report that suggests 115,000 Alberta residents were unemployed and not receiving EI as of August.

The number is down from a year earlier when 133,000 Albertans were in the same position in August of 2017. 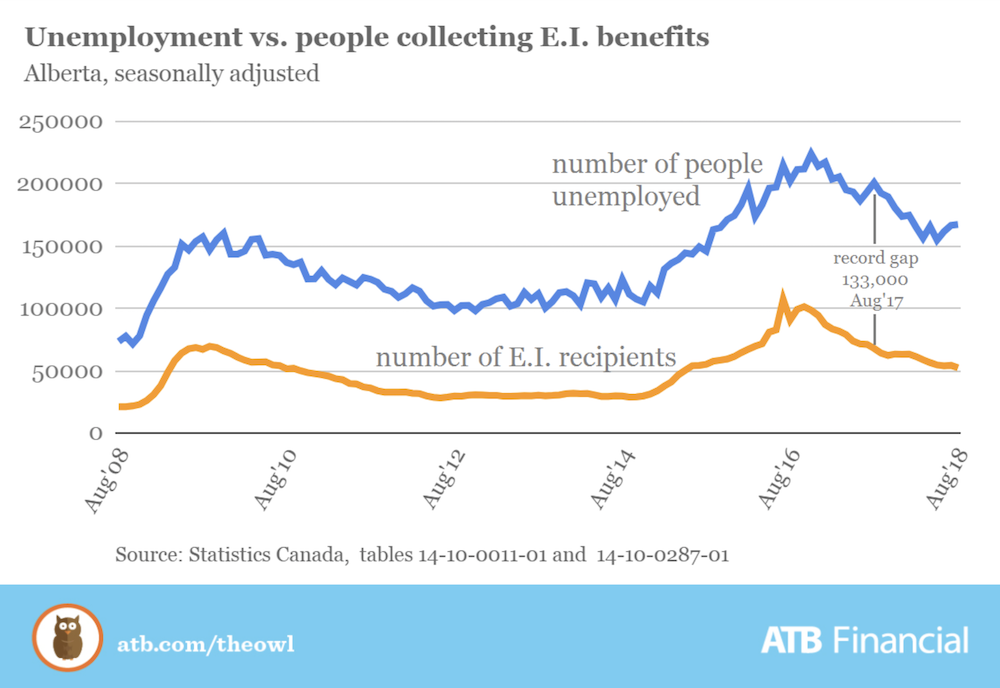 The numbers are considerably higher than 2013 and early 2014, when around 70,000-80,000 Albertans were unemployed without EI benefits, according to the report.

Canadians typically who do not collect EI are in that position because they have not applied for it, do not qualify, quit their previous job, or more commonly, have run out of weeks of eligible benefits.

It put Calgary at the second-highest unemployment rate in the country, next to St. John’s, N.L.

The national unemployment rate was pegged at 6 per cent, up from 5.8 per cent in July.