By Ivan Moreno The Associated Press

A Wisconsin man was preparing for additional surgeries after having part of his legs and forearms amputated because of a dog lick that led to a rare blood infection, his wife said Thursday.

Greg Manteufel, 48, has been hospitalized since late June when he went to a Milwaukee-area hospital with flu-like symptoms. He was in good spirits despite having undergone seven surgeries so far, his wife, Dawn Manteufel, told The Associated Press.

She said her husband underwent another operation Thursday and still had three more surgeries to go, but that he was looking forward to being fitted for prosthetic limbs.

Her husband was diagnosed with a blood infection caused by capnocytophaga, bacteria that is common in the saliva of cats and dogs but almost never leads to illness, said Dr. Silvia Munoz-Price, an epidemiologist with Froedtert & the Medical College of Wisconsin, where Manteufel is being treated.

The doctor said animal lovers have no need to panic: they’re more likely to die in a car accident than to be infected by the bacteria.

“It’s extremely rare. Do not get rid of your pets. Continue behaving the same way that you have behaved with your pets up until now,” Munoz-Price said.

Dawn Manteufel said her husband’s symptoms began on June 26, with a fever and pain in his legs. But then he started experiencing delirium, and bruises and blemishes developed during the short car ride to a hospital in West Bend, Wisconsin, where he was treated initially, she said. 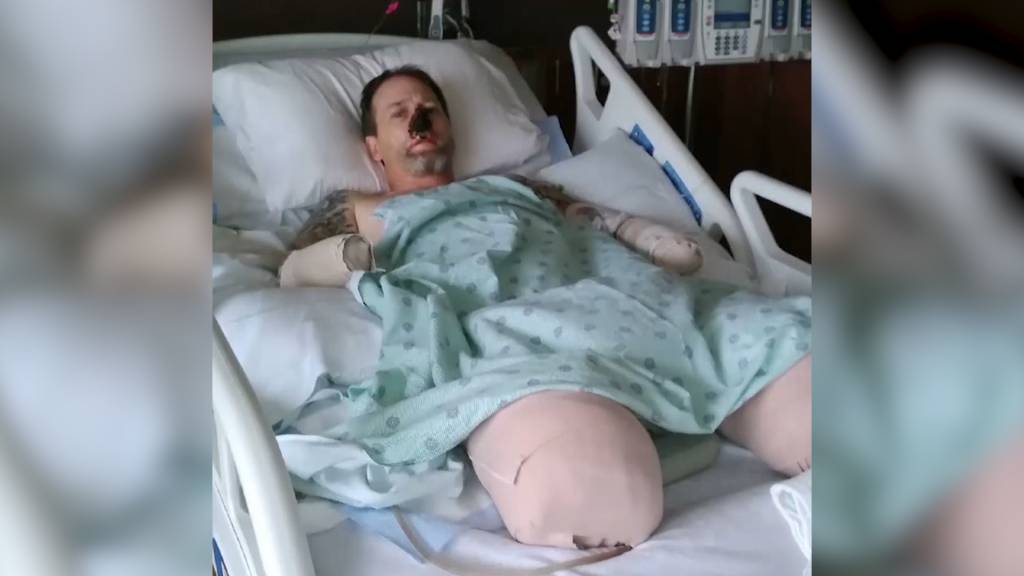 READ MORE: It costs $750K per year to treat her rare disease, and B.C. doesn’t cover the cost

The tip of her husband’s nose also lost blood circulation and will need surgery to repair, she said.

It’s unknown which dog gave Manteufel the infection. He and his wife own an eight-year-old pit bull, but she said her husband came in contact with several dogs in the days leading to his infection, including a stray he encountered during his job as a house painter. 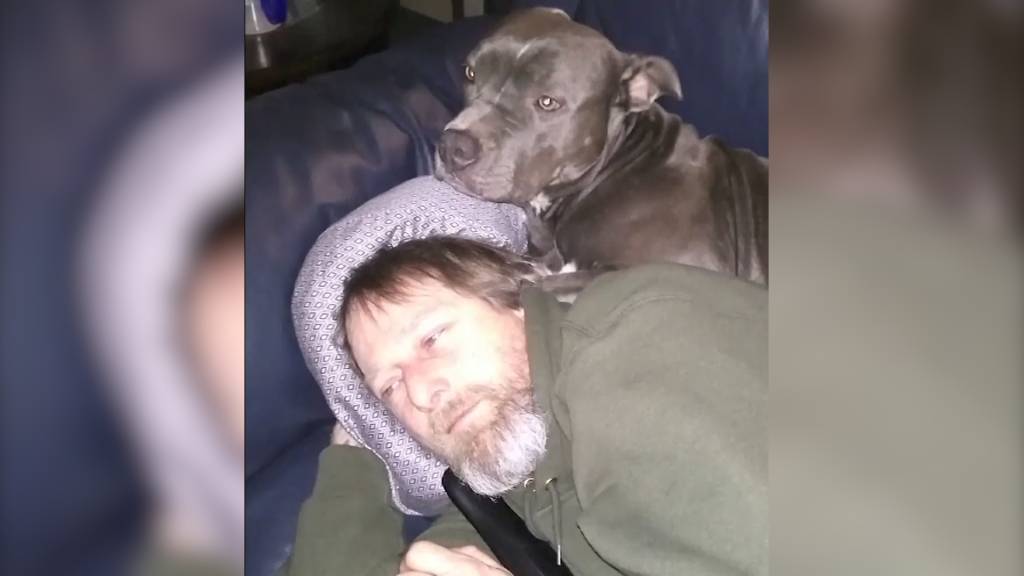 According to the U.S. Centers for Disease Control and Prevention, up to 74 per cent of dogs and up to 57 per cent of cats have capnocytophaga. People also have a different strain of the same bacteria in their mouths, Munoz-Price said.

“We have trillions of bacteria in our bodies. Usually, those bacteria live happily with us. Sometimes they act up,” she said.

READ MORE: Owning a dog is good for your heart — study says what we all knew

The CDC doesn’t track the number of infections from capnocytophaga.

Dawn Manteufel said that once her husband is released from the hospital, he will temporarily move in with his parents because they live in a one-storey home that will be easier for him to navigate.

Eventually, she said, she and her husband will have to sell the two-storey house they’ve lived in for 18 years and move elsewhere.

“His words are, ‘It is what it is,’” Dawn Manteufel said.

A GoFundMe page to raise money for the Manteufels has been set up by a relative.