How some U.S. media are covering Donald Trump’s attack on Justin Trudeau

After U.S. President Donald Trump and his administration attacked Canada and Prime Minister Justin Trudeau following the G7 summit in Quebec over the weekend, American morning television shows were tasked with covering their president’s outbursts.

Following Trump’s departure from the G7 summit on Saturday, the president launched into a multi-day tirade over trade and Canada’s response to tariffs imposed by the Trump administration. The issue of trade was the most controversial heading into the G7 summit in La Malbaie, Que., with Trump launching multiple barbs in Canada’s direction in the days leading up to his arrival.

Trudeau said in a press conference that he told the U.S. president that his steel and aluminum tariffs were “kind of insulting,” that Canada “will not be pushed around” and that it would not hesitate to impose retaliatory measures.

On Twitter, Trump laid into Trudeau, calling the prime minister’s behaviour “meek and mild” and accusing him of making “false statements” at his press conference. On Sunday, Trump’s economic adviser Larry Kudlow told CNN that Trudeau “stabbed us in the back” while White House trade adviser Peter Navarro told Fox News that there’s “a special place in hell” for Trudeau.”

As Monday morning rolled around, American morning shows took varying perspectives on the war of words.

WATCH: Trudeau says Canadians ‘will not be pushed around’ over U.S. tariffs

On Saturday, as Trump was leaving the summit, the president said he has a great relationship with his allies.

“I would say that the level of relationship is a 10. We have a great relationship,” Trump told reporters.

Bremmer argued Monday that Trump’s relations is far from a “10.”

Over on Fox News’s Fox and Friends, former Trump aide and a former Breitbart editor Sebastian Gorka said Trudeau behaved like a child at the G7 summit.

“Very childish and unprofessional behaviour,” Gorka said. “If you want to treat your friends like friends, that’s exactly what you do. You don’t make arrangements face-to-face and then as soon as the individual’s left the building, talk behind their back.

“That’s not what true friends do and I think Peter Navarro… was spot on. The Canadians will regret this action by their prime minister,” Gorka said.

Newspapers in Washington and New York printed front-page headlines to the likes of “Fault lands on Trudeau after G-7 meltdown” and “Canadian leader called back-stabber.” 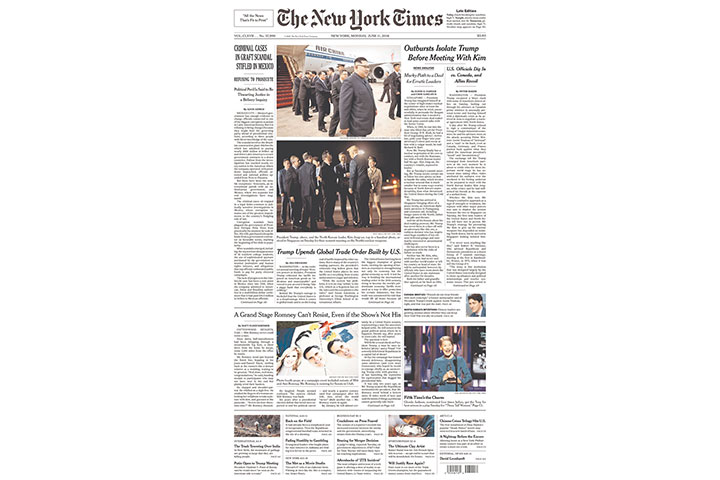 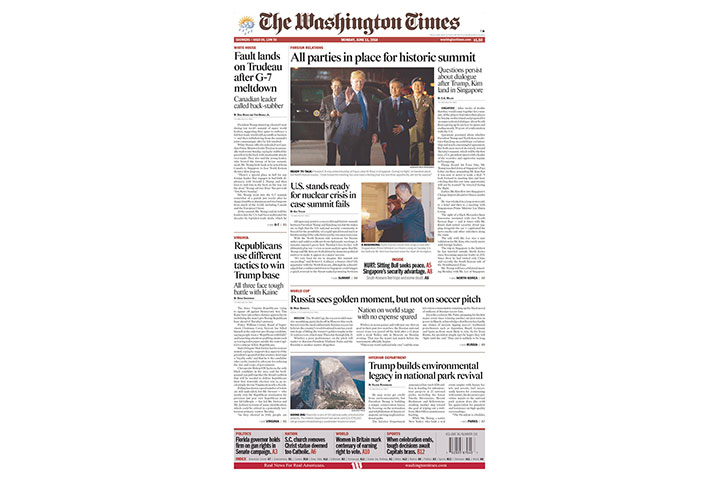 Former U.S. ambassador to Canada, Bruce Heyman, weighed in on some of the trade feud between Trump and Canada and called out Navarro’s “special place in hell” comment on Sunday.

“I think Peter Navarro’s comments over the weekend were so appalling and so wrong that I think that he should apologize, not just to Prime Minister Trudeau but to the Canadian people,” Heyman said. “The language, he was so completely inappropriate and a member of the administration should never use that kind of language with regard to any world leader no less our best friend.”

–with files from Rahul Kalvapalle