Spring means warmer weather, but it also means bears come out of hibernation.

Vancouverite Jaime Stein got that reminder while skiing at Whistler Blackcomb.

“I was going pretty fast and all of the sudden I saw something moving on the run, so I stopped, and noticed that it was a bear.”

Stein captured the moment on video, and said at first he thought it was just a black bear.

He soon realized the bear was not alone.

The video shows the bear launching at him when he was trying to pass the two.

“What I realized after when I was down below the bear, and looking back up, is she had a second cub that was on the right side of the run and I’d gone to the right to try and give her space,” he said.

READ MORE: As a mommy bear and her cubs emerge, Squamish goes the extra mile to protect them

“Not knowing I guess [that] I was skiing right near where her other cub was — which is probably why she got a little upset.”

He says this should serve as a reminder that people need to be mindful of bears, no matter the season. 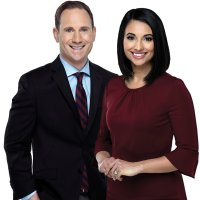