A study out of the University of Calgary is measuring how diversified the economy is in Alberta by focusing on income and salaries.

One of the study’s author Bev Dahlby told the Alberta Morning News on Sunday, that it should be the private sector doing the diversifying, not the government.

“Trying to diversify the economy through government action we feel is probably not going to be very productive, and in some cases will be counterproductive. Because it will tend to just exacerbate the volatility of the economy,” he said.

Instead, Dahlby believes the provincial government should focus on making Alberta as attractive as possible to investors, along with protecting Alberta workers and small businesses,

“In terms of protecting Alberta workers and small businessmen from the fluctuations that inevitably occur when you take advantage of your natural economic advantages, and specialize in certain areas like production of oil and gas.”

According to Dahlby, one of the ways the government could help its workers is by implementing a supplementary unemployment insurance program.

This means Alberta workers are at a disadvantage when it comes to the percentage of their income that can be protected through unemployment insurance. 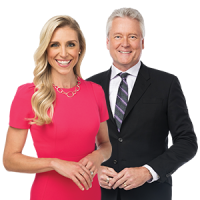