Freezing rain and slippery roads didn’t deter dozens of protesters who showed up at a local Tim Hortons to show their support for employees facing cuts to benefits following Ontario’s minimum-wage increase.

Organized by the Hamilton and District Labour Council, the protest was held on the sidewalk in front of the Tim Hortons location on York Road in Dundas on Wednesday evening.

The demonstration was in response to some franchisees announcing they’re reducing employee benefits and eliminating paid breaks to compensate for the minimum-wage hike in Ontario.

Anthony Marco, president of the Hamilton and District Labour Council, said they planned the information picket after some employees at that location told activists that they’ve had paid breaks taken away and benefits cut.

Sandra Walker, president of CUPE Local 5167, said the decision made by some franchises to cut benefits was too quick.

READ MORE: Tim Hortons protests: Why the controversy has hit such a nerve with Canadians

One protester, Rich Whyman, described the actions of Tim Hortons as “shameful” and said the increase in minimum wage has been due for ages.

Deirdre Pike, senior social planner with the Social Planning and Research Council of Hamilton, was leading protesters in a chant of “workers united will never be divided.” She said people from all walks of life showed up to support their message.

“This is a show of support … from different sectors and different unions, and workers and non-workers that are saying, ‘We are standing with workers today to say $15 is fair.’ This is where we need to go. We support this government’s move in this direction, and that’s why we’re out here today.”

The protest at the Tim Hortons in Dundas was one of more than a dozen demonstrations at locations across the province on Wednesday. 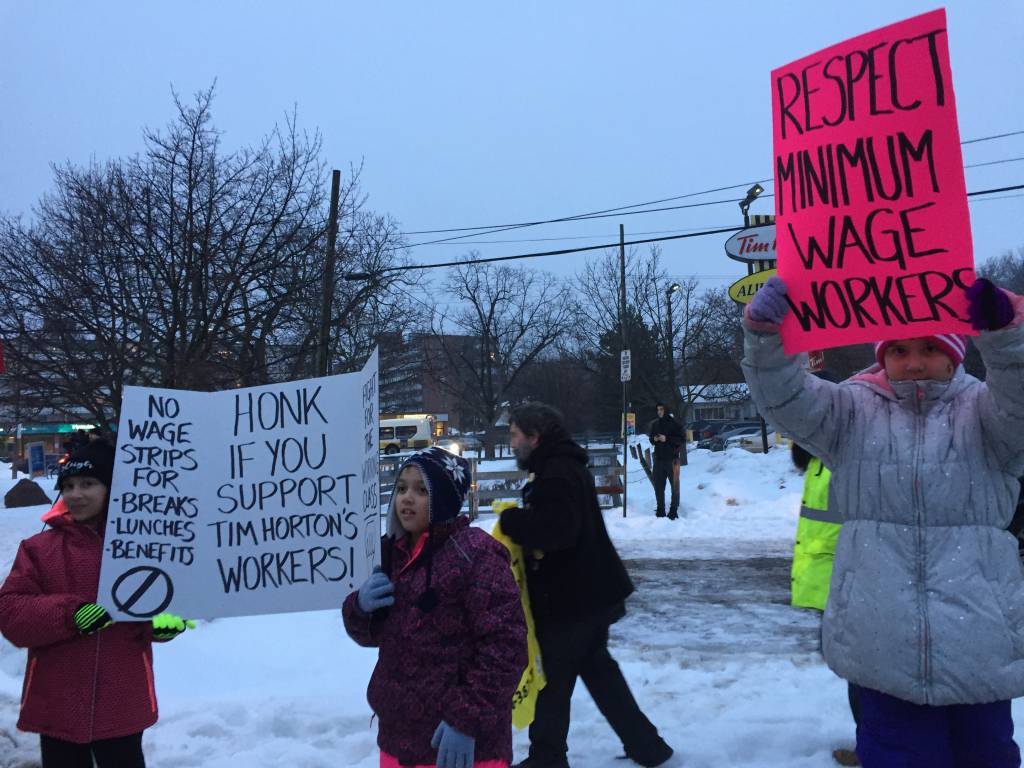 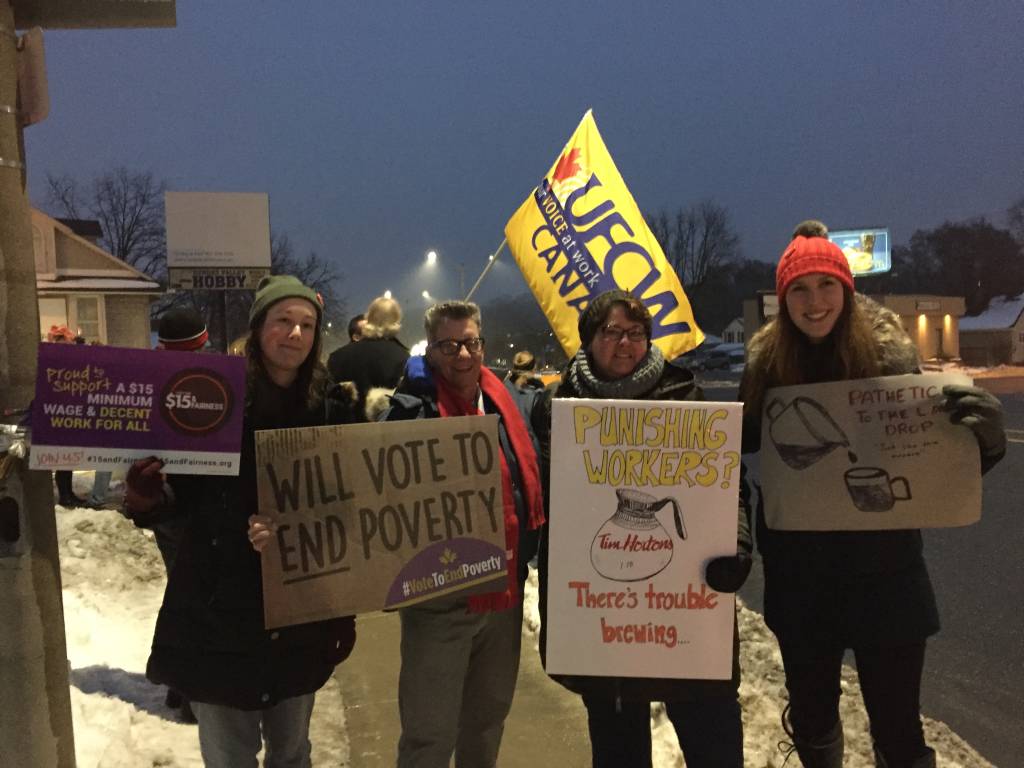 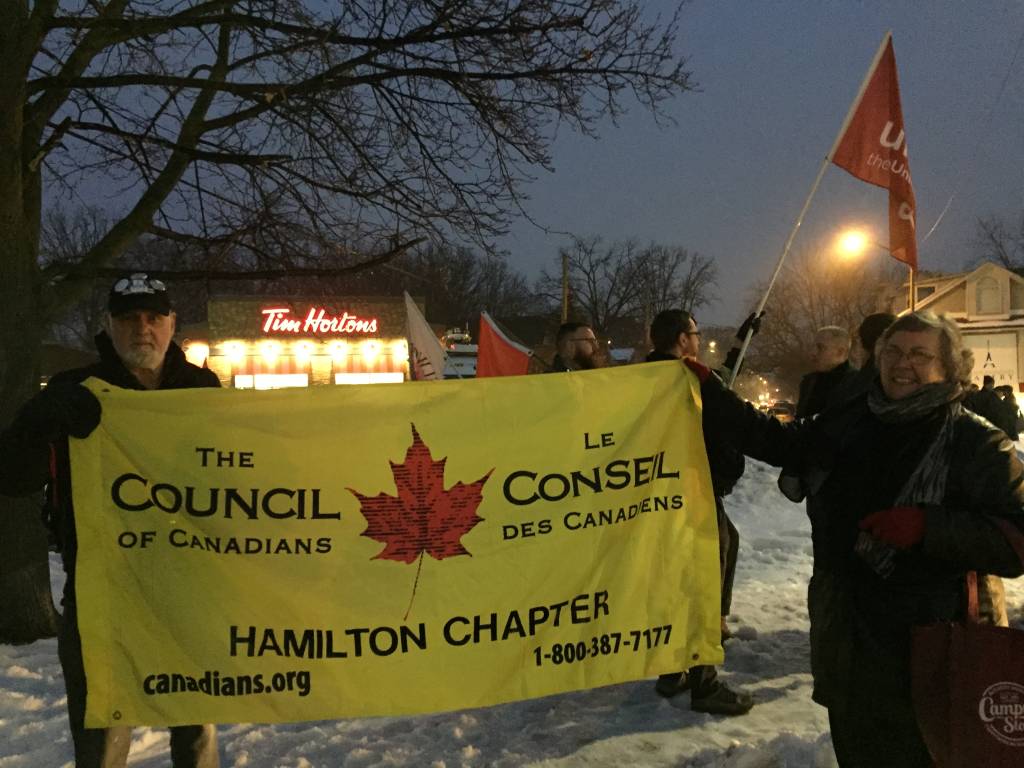