A group of midtown Toronto neighbours banded together to temporarily modify an intersection they say is both unsafe and a poor use of public space.

The intersection, located at Regal Road and Springmount Avenue, is unnecessarily wide, doesn’t have stop lines and lacks sidewalks on one side, says civic activist and Regal Heights resident Dave Meslin.

Got together with some neighbours and transformed a local intersection with chalk & leaves, revealing a surplus surface area of 2,000 square feet which could be re-designed as a parkette, new sidewalks, and much shorter/safer crossings. 🌳🚶🏽 More: https://t.co/SNYkMMo0Ui pic.twitter.com/psv0MRTZXi

“We have an intersection where three roads come together and there’s so much pavement. It’s just a really unnecessarily large space,” he said on the Tasha Kheiriddin show on Friday.

Meslin said he and his neighbours got together to consider how the issues could be addressed. Then, using chalk, rakes and thousands of dried leaves, the community implemented their rogue makeover, adding stop lines and dramatically changing the angles of the intersection.

“What we found was that if you narrow the street, just to a normal street width, you end up with 2,000 sq.-ft. of extra space that could be turned into a parkette with, let’s say, benches or trees,” he said.

In addition to that extra space, Meslin said the changes made the intersection safer.

“I’ve lived here for seven years and for the first time ever I actually saw cars stopping at this intersection,” he said, explaining that drivers often miss the signs because of the lack of stop lines.

In a statement to Global News Radio 640 Toronto, the city says that while it appreciates the community’s desire to create new green space and shorten crossing distances, for safety reasons, residents seeking changes to road infrastructure should call 311 as a first step.

“The city will then be able to work with the community and review and evaluate opportunities for permanent installations,” a Transportation Services department spokesperson said.

Measures such as curb realignment to make intersections more square — which reduces speeding and creates shorter crossing distances — are currently being considered for all new construction projects, along with opportunities to install planters and reduce excess pavement.

“Our new Complete Streets, Vision Zero plan and geometric road guidelines anticipate such changes to many of our streets,” the city said.

Meslin said the intention of the installation was to spur a dialogue. The group has been in contact with the city and Ward 17 Coun. Cesar Palacio to see if permanent changes can be made.

“We were breaking the law, technically, but we were being very careful about it and we were being honest enough to acknowledge that this is temporary, we’re not engineers, but this might be the first step that it takes to get the city to actually do it,” he said.

Tweet This Click to share quote on Twitter: "We were breaking the law, technically, but we were being very careful about it and we were being honest enough to acknowledge that this is temporary, we're not engineers, but this might be the first step that it takes to get the city to actually do it," he said.

According to Meslin, the councillor liked the suggestions and has offered to put forward a notice of motion to initiate the process.

Other instances of Toronto residents attempting to improve city property by taking matters into their own hands have generated significant attention and debate.

Earlier this year, a senior installed a staircase in Tom Riley Park in Etobicoke after being told it could cost as much as six figures for the city to build. 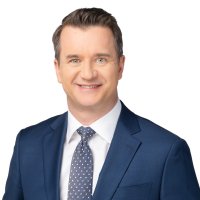