Mainstreet Research has apologized for “a catastrophic polling failure” after predicting a Bill Smith victory in the 2017 Calgary election.

The polling firm had predicted a 13-point lead for Smith amongst “decided and leaning voters,” when in fact Naheed Nenshi was re-elected on Monday with a 7.6-point lead over his top competitor.

WATCH BELOW: Decision Calgary 2017: What’s ahead for the new city council and mayor

In a post on the firm’s website, Mainstreet president Quito Maggi said he watched with “utter shock and embarrassment as our final prediction in the municipal election was completely and totally wrong.”

Maggi told Global News immediately after the election that methodologies used by his firm in polling leading up to the vote were “tried and tested” but added that “something in the frame went awry.”

Mainstreet’s president had said in its last poll before the election that Nenshi’s campaign had been “focused on issues that most people don’t care about.”

He quoted an old adage in reference to what he believed were the campaign’s failures: “You can tell a Harvard man, but you can’t tell him much.”

But on Oct. 17, one day after the election, Maggi said his firm “isn’t perfect.”

“We didn’t put this number out there to be malicious, or interfere with democracy, or anything like what we’ve been accused of,” he said.

Maggi said he had identified two potential reasons for the poor polling results on the Tuesday after the election. First, he said his company polled only in English, although a large chunk of the population does not speak English as its mother tongue.

“We may have underrepresented the multicultural communities in Calgary,” he said, adding his firm has polled in various languages, including Cantonese and Mandarin, in other parts of Canada.

Maggi also said that only 40 per cent of the sample was polled using cellphones, adding that number should have been closer to 60 per cent or 70 per cent.

Nenshi was unable to provide a comment on Friday. News Talk 770 also reached out to his campaign team but did not immediately receive a response. 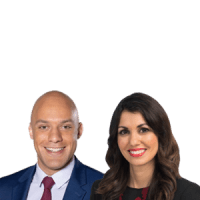