Long before he was breaking Billboard records, Toronto rapper Drake was a young cast member on long-running Canadian high school drama Degrassi, in which he played a wheelchair-bound teenager named Jimmy.

While photos of Degrassi-era Drake have subsequently been resurrected as Internet memes now that Drake has become one of the world’s biggest music stars, people are scratching their collective heads after a photo of Jimmy in his wheelchair was superimposed in a rendering of a proposed New York City park in a presentation put forth by the city’s Parks Department.

In the photo, Drake/Jimmy is seen at the bottom of a wheelchair ramp while, off to the right, fellow rapper Akon is shown laughing with a companion.

The photo of Drake clearly wasn’t placed there accidentally, but the big question is why?

To get an answer, the New York Post contacted a rep from the Parks Department, who offered a cheeky response, referencing some choice Drake lyrics.

This isn’t the first time the image of a famous recording artist has been superimposed onto an artist’s rendering of a prospective building site. For proof, check out this rendering of what appears to be a low-rise condo — featuring a surprise cameo at from Beyoncé and Jay-Z, seen at bottom left: 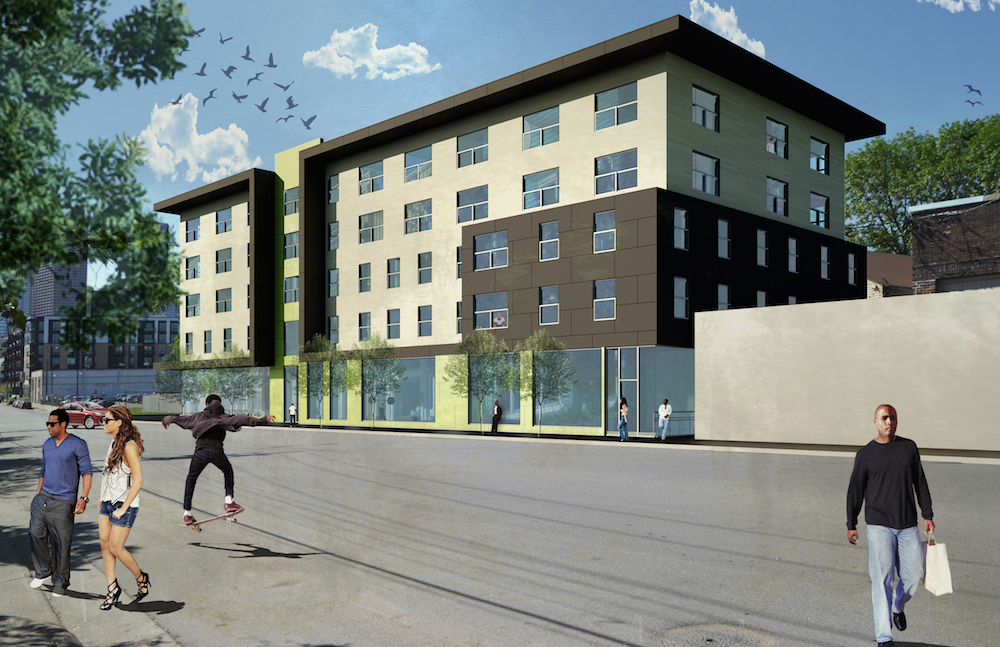