A photo that seems to show a man with an Antifa logo on his jacket beating a police officer with a flagpole thick enough to be a club has been around since at least 2010.

The image circulated in the aftermath of rioting in Charlottesville, Va., in social media posts (one now deleted after over 700 retweets) that implied that it had been taken there.

The violence in the image is real enough — it was taken during rioting in Athens in 2009. But the logo on the standing man’s jacket was Photoshopped in, and Greek characters in a sign at upper left were cropped out. (An obviously non-American traffic sign was in an awkward place to crop.) 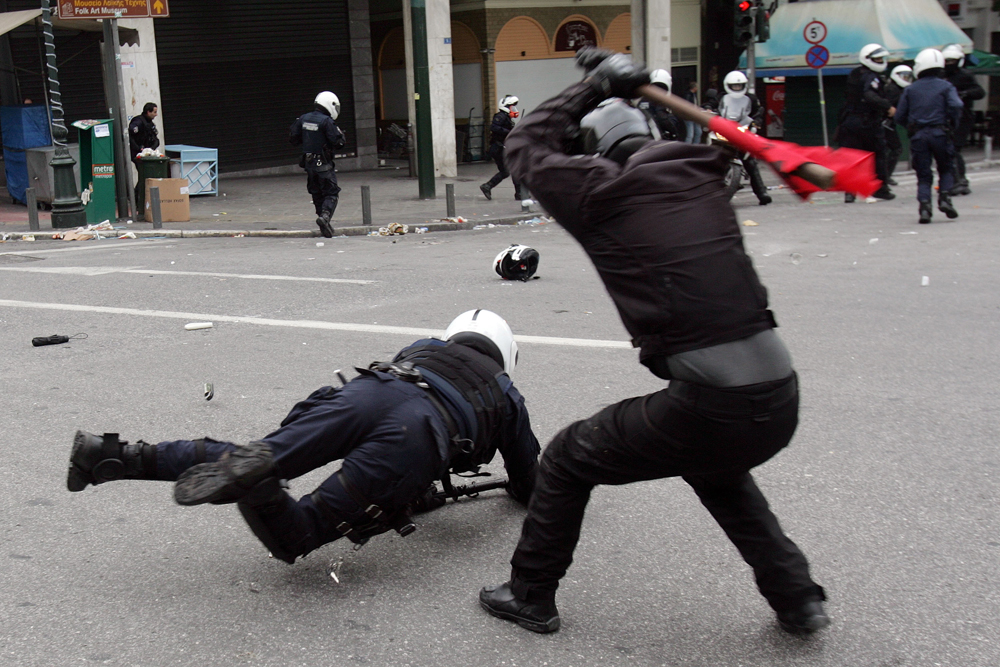 And here’s the doctored version (it’s the highest-quality example we could find):

Weirdly, the earliest example of the doctored image we can find is from a 2010 blog post from the Edinburgh Antifascists, who livened up a Scottish February day by holding a counter-demonstration against the Scottish Defence League. (The post isn’t otherwise all that antagonistic to the police.)

It’s hard to make out the letters on the back of the jacket, but it appears to be the logo of the German antifa group, Antifaschistische Aktion.

WATCH: Hundreds gathered at the University of Virginia campus in Charlottesville on Wednesday night for a candlelight vigil in response to the nationalist rallies over the weekend in the Virginia town.

READ MORE: This real photo of Trump is irresistible to fake news purveyors