By Amy Forliti The Associated Press

Details about what led a Minneapolis police officer to fatally shoot an Australian woman remained unclear Monday, with authorities only saying officers responded to a 911 call when she was shot.

As authorities continued to investigate, the woman’s family members released a statement Monday through Australia’s Department of Foreign Affairs and Trade, saying:

“We are trying to come to terms with this tragedy and to understand why this has happened.”

Minneapolis authorities have not released the woman’s name. The Star Tribune identified her as Justine Damond, 40, from Sydney, Australia. The newspaper reported that she was engaged to be married and had already taken her fiance’s last name. Her maiden name was Justine Ruszczyk.

The Bureau of Criminal Apprehension released a statement Sunday saying two Minneapolis officers responded to the call late Saturday. At some point, an officer fired a weapon.

The Star Tribune, citing three people with knowledge of the shooting it did not name, said Damond had been the one to call 911 about a possible assault in the alley behind her house.

Police referred questions to the BCA. A spokeswoman for the agency did not return messages seeking to confirm that account.

Neighbor Joan Hargrave called the killing “an execution.” She said there was no reason for a well-trained officer to see Damond as a threat.

“This is a tragedy – that someone who’s asking for help would call the police and get shot by the police,” Hargrave said.

Officials said the officers’ body cameras were not turned on and that a squad car camera did not capture the shooting. Investigators were still trying to determine whether other video exists. 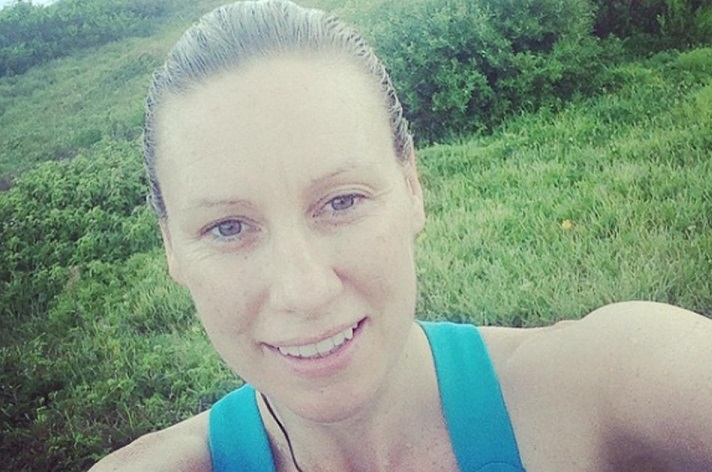 Some 50 friends and neighbors gathered in a semicircle Sunday afternoon near where Damond died, with many more looking on from the sidewalk and street. Chalk hearts containing the names of some people who were victims of police violence were drawn on the driveway.

By Monday, flowers had also been left at the scene, along with a handwritten sign that asked, “Why did you shoot and kill our neighbor?”

Damond relocated to Minneapolis and worked as a yoga instructor, meditation teacher and personal health and life coach, according to her business website.

She was originally trained as a veterinarian, and her website says she was “most passionate about supporting individuals and organizations to discover the power and potential within their own brains and hearts.”

Damond’s mother was Australian, and she spent her formative years there, but also spent some of her early childhood in the Buffalo, New York, area, said Peter Suffoletto, a cousin of Damond’s father. Suffoletto said Damond frequently returned to New York state, and stayed with Suffoletto and his wife, Elaine, in Hamburg, New York, as recently as April.

“It’s horrible,” Elaine Suffoletto said. “She was the sweetest soul that I’ve ever met. She was loving and kind, understanding, spiritual, beautiful – and her loss is a loss for all of us.”

Zach Damond, 22, said Damond was engaged to marry his father, Don Damond, in August, although she had already taken his name.

“Basically, my mom’s dead because a police officer shot her for reasons I don’t know,” Zach Damond said. “I demand answers.”

Minneapolis Mayor Betsy Hodges visited the scene, in a part of the city she once represented on the City Council. She said she was “heartsick” and “deeply disturbed” by the shooting.

“There are still many questions about what took place, and while the investigation is still in its early stages, I am asking the BCA to release as much information, as quickly as they are able to,” she said in a statement Sunday.

Press release from the MN Bureau of Criminal Apprehension regarding the officer-involved shooting on the 5100 block of Washburn Ave. South. pic.twitter.com/wRR9sA3gbt