By Tasha Kheiriddin AM640

How should Canadian governments address the needs of individuals and families with autism? Earlier this month, the Ontario government reversed its much condemned (and factually incorrect) position that intensive behaviour therapy should end at the age of five, presumably because older kids wouldn’t benefit from it.

Minister of Children and Youth Services Michael Coteau not only extended therapy for all kids with a demonstrated need, but offered a direct funding option to families, which the Ontario Autism Coalition had been advocating for 12 years.

“We know that it’s a better option for families in terms of the flexibility,” said OAC President Bruce McIntosh. “The cost per child for the government is lower. Everybody benefits from this funding model.”

The Ontario Liberals should be applauded for finally seeing the light on this issue — even if it took serious public pressure to get them to come around. Alas, their federal cousins don’t seem to have quite the same perspective.

On May 18, a motion came before the House to establish the Canadian Autism Partnership, a project that had been in the works since 2015. Led by twelve top researchers and seven self-advocates from the autism community, the project consulted with 5,000 Canadians on autism research and best practices. CAP’s goal is to increase awareness of these advances among policy makers, and access to them for families, to ensure a more uniform level of programs and services across the country.

A business plan for CAP was presented to Health Minister Jane Philpott in November 2016, along with a budget ask of $19 million over five years. The budget came, and went, and its 280 pages included no mention of CAP. This led to Conservative MP Mike Lake presenting the aforementioned motion, to establish the partnership regardless. He was supported in this by the members of his party, the NDP, the Green party — and, he thought, a number of members of the Liberal caucus, half of whom had signed letters in support of the partnership in the lead-up to the budget.

To ensure this support, Lake worded the motion carefully. “I intentionally stripped any political language out of it,” Lake told iPolitics. “I made sure it included no criticism of the government or the budget. I just wanted opportunity to have straightforward debate on the partnership.”

WATCH: How fevers during pregnancy could increase a baby’s risk of autism

Unfortunately, that made little difference. All Liberals except one voted against the motion, and the debate featured several head-scratching statements — including this one from Liberal MP Kevin Lamoureux, which might lead one to wonder whether the government understood the issue at all:

“Because someone has an autism it doesn’t mean that they are completely dysfunctional. In fact Mr. Speaker they are just as much as lovable as individuals that do not have Asperger.”

After the motion was defeated, Lake kept the issue alive in question period, even engaging in an exchange with Prime Minister Justin Trudeau on June 7. Trudeau responded that the government has spent $39 million on autism research over the past five years, a response he read verbatim from talking points and repeated in his supplementary, with no hint of the compassion he routinely summons for so many other worthy issues.

Maybe autism isn’t as compelling a cause as the other ‘isms’ that win the PM plaudits from around the world. But when it comes to photo-ops for autism, the Liberals are more than happy to turn up. A dozen posed in April for ‘Autism on the Hill’, an event to commemorate World Autism Awareness Day.

So why did the Liberals vote the motion down? Lake is still waiting for a real answer; in the absence of one, he chalks it up to politics. “More and more it seems like the reason they voted against it was because it simply wasn’t their idea. And they don’t have an idea to replace it.”

The federal government also may be happy to leave this issue to the provinces — specifically, those with Liberal governments. In Richmond B.C., for example, the previous government opened the Goodlife Fitness Family Autism Hub in 2016, after years of lobbying by parents and organizations such as the Pacific Autism Family Network. And in Ontario, the provincial Liberals have moved forward — finally — with a comprehensive strategy.

But the fact that some provinces have these facilities and programs does not mean other jurisdictions should be precluded from accessing their knowledge and best practices. If anything, the Canadian Autism Partnership would help avoid duplication of research. It’s not about creating more bureaucracy, as some claim. It’s about ensuring equality of treatment for people with autism across the country — and encouraging provinces to adopt uniform standards.

Stelios Georgiades, co-director of McMaster University’s Autism Research team, cites the example of Ontario, where he served a member of the provincial working group on autism:

“By having an entity like CAP, we can take innovations from the provincial level, accelerate them and scale them up to a national level, reducing duplication and wait times for moving research findings into practice.”

And that movement can benefit not only individuals with ASD, but society as a whole. This isn’t just about children with autism; it’s also about the adults they become. It is estimated that 80 to 90 per cent of adults with autism spectrum disorders are unemployed. This massive waste of potential costs them, and all Canadians, and could be lessened by better application of research today, in a concerted way.

“We’re not going to let this go,” Lake said. “People don’t understand the reason for CAP’s rejection. We ask that people respectfully let their Liberal MPs know that they want them to change their decision.”

Prime minister, beware: If the previous efforts by Ontario’s autism community are any indication, phones are going to be ringing off the hook all summer long.

Tasha Kheiriddin can be heard between noon and 2 p.m. ET on Toronto Talk Radio AM640. She’s also a columnist with Global News and iPolitics.ca, where this piece first appeared. 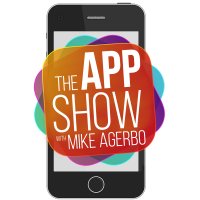