What Canadians living abroad miss the most about home

It can be hard to feel like you’re truly at home if you’re living hundreds or even thousands of kilometres away from it, but for the millions of Canadians who live abroad, a part of their hometown is always with them.

Whether it’s for work, retirement or something along the middle, every year, Canadians take on new opportunities or responsibilities around the world.

How many Canadians have left the nest?

According to 2011 report by the Asia Pacific Foundation of Canada, there was an estimated 2.8-million Canadians living abroad as of 2006, or about nine per cent of the country’s total population.

The report notes Canadians could be found in almost every country, with the majority of them living in the U.S.

Trends of Canadians who go abroad

According to a 2012 report from Statistics Canada, beside the U.S., the majority of Canadians living abroad live in Australia, Italy, Poland, and the U.K.

Most Canadians jump locations for employment reasons, and in Australia in particular, the report notes Canadians tend to live in the coastal country for at least a year — not often permanently.

Many of them also return to their birth countries. For Canadians moving to Italy, for example, the study notes 71 per cent of Canadians living in the country in 2001 were born there.

The Canadians who made the move

But why do they do it? We talked to some Canadians who have left the nest and what they miss the most about home. 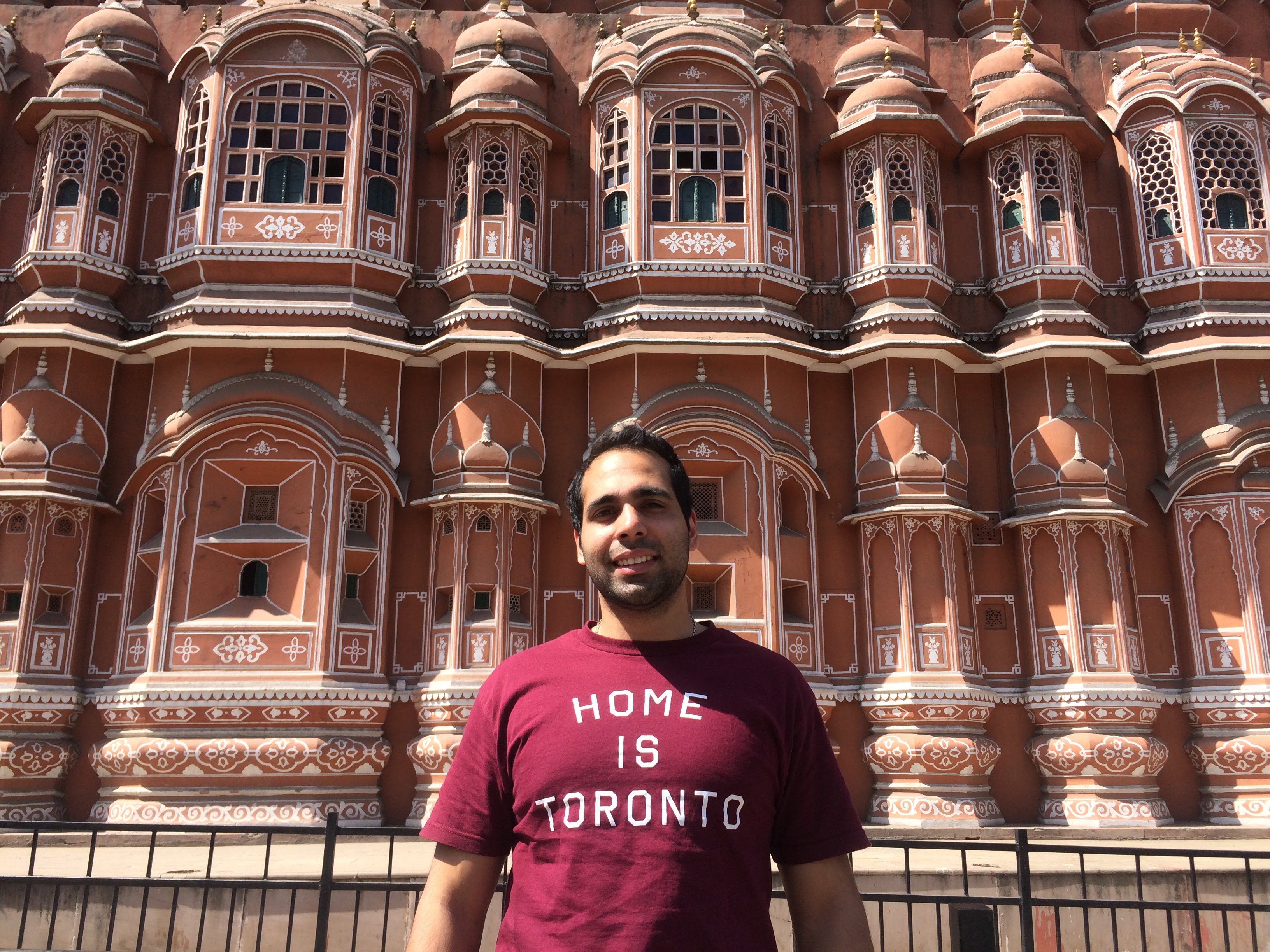 Roland Mascarenhas, 29, packed his bags and moved to Mumbai in March 2016. For him, it was a mix of wanderlust and new career opportunities.

“While Canadian business tends to be conservative [and] large companies like Rogers, Banks, Loblaw etc. tend to dominate the market, India has hundreds of unmet needs,” he says.

Mascarenhas, who has a career on the strategy side of HR, says he chose India not only because of his heritage, but his fascination with a country “torn between the traditionalism of the East.”

“Most Indo-Canadians immigrated during the 1970s, and know little of the rapid change India has experienced in the past decade.”

But there are some things he misses about Toronto, including the subway system, a big backyard and soccer.

“Beyond family, everything from ‘rare’ fruits like cherries, blueberries and raspberries to good pies to beef [beef is banned in Maharashtra],” he says. 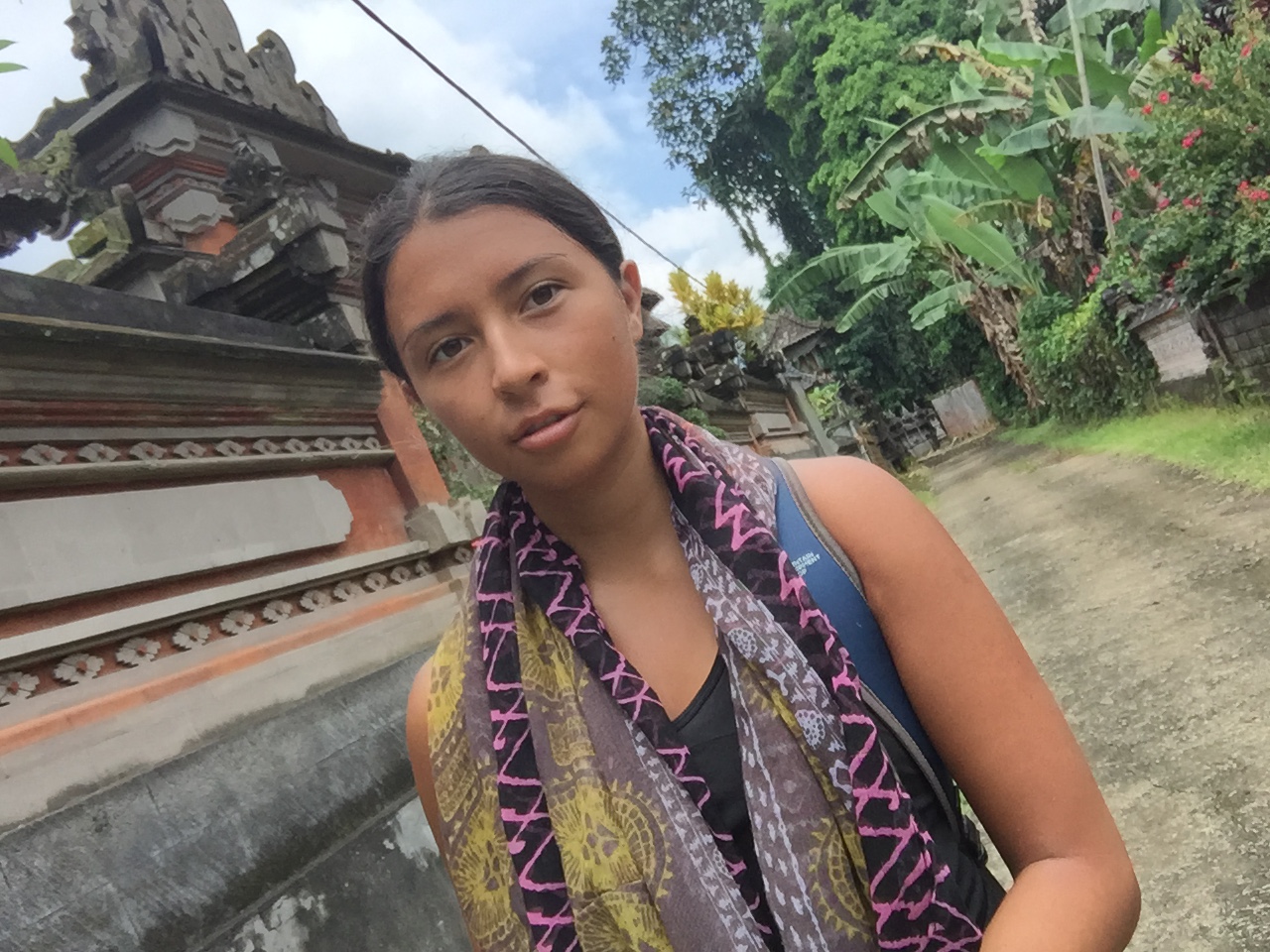 Kate Nishida has been living in Bangkok for the last five months.

“One of my personal goals was to live abroad sometime in my life and being half-Japanese, I’ve always felt drawn to Asia. At 25 years old, I felt it was a good time in my life to test out the waters and try something entirely new, somewhere entirely new,” she says.

Thailand, she says, has been full of rich culture, kind people and an overwhelming sense of community. But besides missing her family and friends, she misses one “luxury” many of us take for granted.

“I miss the tap water. Simply being able to drink from the tap feels like such a luxury now,” she says. “Wine is also quite expensive here, so I definitely miss my post-work wine beverage.”

In Bangkok, she adds, Canadians are perceived friendly, intelligent and worldly individuals. “That being said, many nations don’t know much about our country, with the exception that it snows and Justin Bieber is from it.”

And while she doesn’t plan on coming home anytime soon, she says drinking beer is definitely something she will do on July 1. 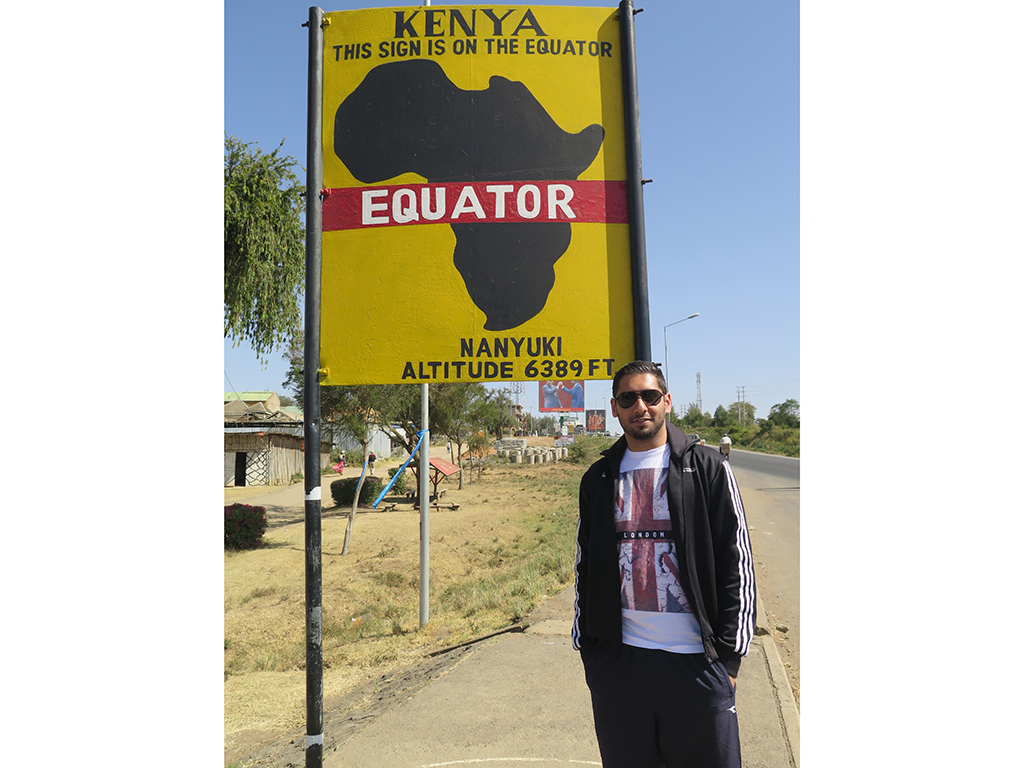 Irtaza Nawazish, who is currently in Dar es Salaam, Tanzania, says he misses his daily runs to Tim Hortons.

“Not having it every day took some getting used to,” he says. “A friend of mine sent me a Tim Hortons coffee mix and I feel very ‘Canadian’ every time I make a cup. I’ve also gotten to know quite a number of Canadians living in the region, and we try to get together every once in a while.”

He adds the Canadian High Commission also hosts several events for Canadians living abroad on a regular basis. “I was very excited to find out that the one in Nairobi serves Beavertails!”

The 25-year-old, who left in 2014 to study abroad, ended up working for an international development company in Tanzania.

“I had never imagined that I’d be living in East Africa. I’m grateful to have been given the opportunity, as it’s been an incredible experience so far.”

And in the country, he adds, there are still common beliefs about Canadians. “We are extra polite and say ‘sorry’ for just about everything. I’d say the perception is pretty positive,” he says. “When people find out I’m Canadian, I often get asked about Justin Trudeau.” 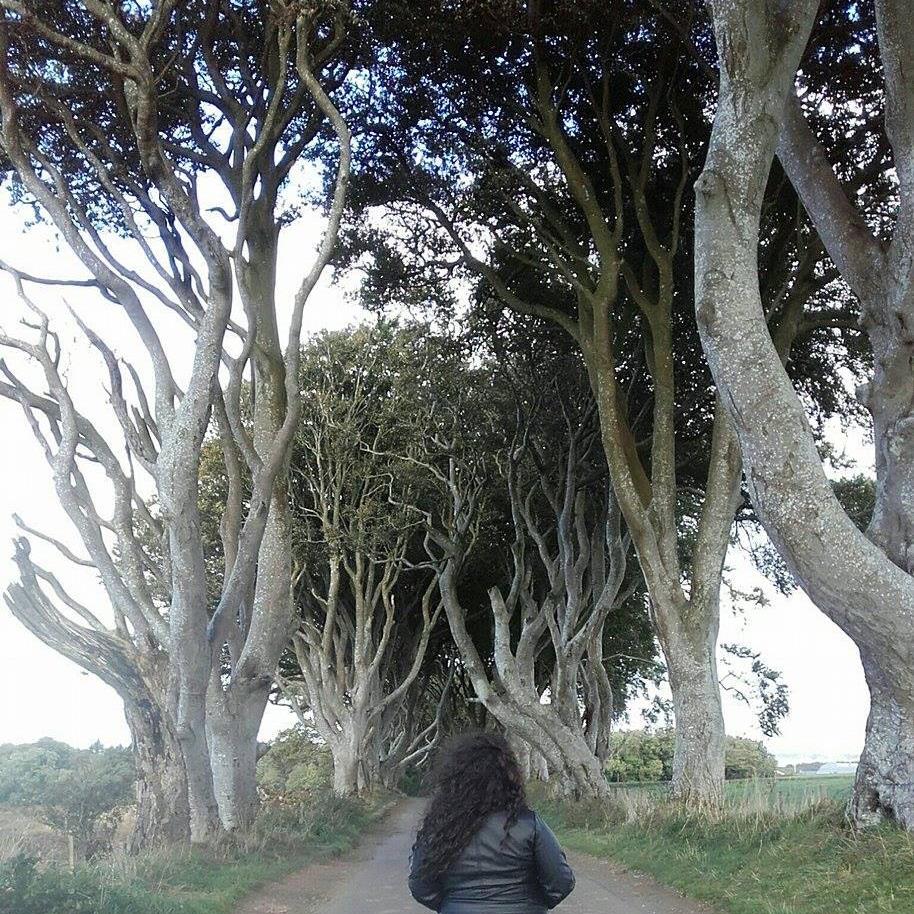 For Laura Vee, visiting Dublin had always been on her “to-do” list. The 34-year-old currently runs a cafe in the Irish city, but originally had plans to open up a business in Italy.

“I owed it to myself to see what else was out there before I settled in one place. I came to Dublin for a long weekend and the familiarity to home really warmed me and so I changed my plans and relocated.”

And while she does plan on having some poutine on Canada Day, she says there are things she misses about being home.

“I miss the smell of burning leaves in autumn and the promise of a hot summer. I miss the immediate connection to nature by walking out my front door and come on, I miss the poutine. But the Irish people are very friendly and that’s something that always reminds me of home.”

And in terms of coming back home, she doesn’t have any plans as of yet.

“I love Canada and it’s a huge part of who I am, but I don’t believe it’s where I’m meant to be. I’m still figuring out where that is.” 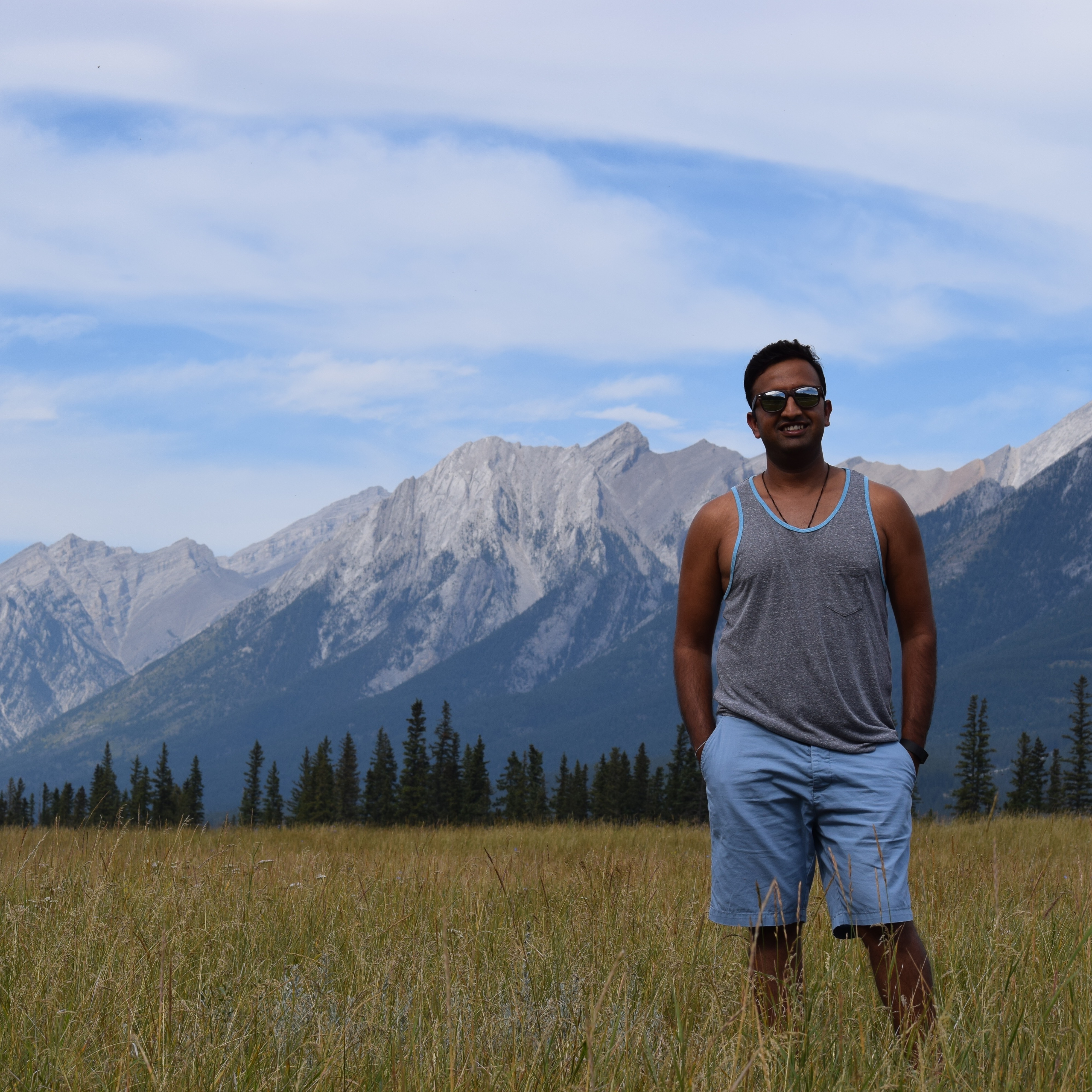 Jay Desai isn’t so far from his home city of Toronto — the 25-year-old senior actuarial analyst is currently living in Pittsburgh, Pa. Packing his bags and leaving in November 2016, it was the first time he moved countries for a new job.

Story continues below advertisement
“It was funny because when I decided to leave, everyone at work thought I was going crazy to move down south with [Donald] Trump being the president,” he says. “I got a better opportunity to advance my career and I always wanted to work in U.S. I also wanted to learn to survive on my own.”

But there are some things Desai misses about his metropolis city, one he says can’t even compare to Pittsburgh.

“I do miss going to the Rogers Centre on a Sunday afternoon to catch a ball game or going to [Toronto’s] Queen West just to walk around and explore the neighbourhood.” But he makes sure his coffee is still “Canadian.”

“I drink Tim Hortons K Cup coffee every morning to get the same feeling of going to Timmies. I still say ‘eh’ a lot and always get called out by people here. I am still invested in Toronto sports and plan on watching the Jays in couple of different U.S. cities.”

And because he does have the luxury to visit home often, Desai also has plans for Canada’s 150th birthday celebrations.

“I am renting a cottage near Ottawa with my high school friends for the Fourth of July weekend. We are planning on going to Ottawa for the Canada 150 celebrations.” 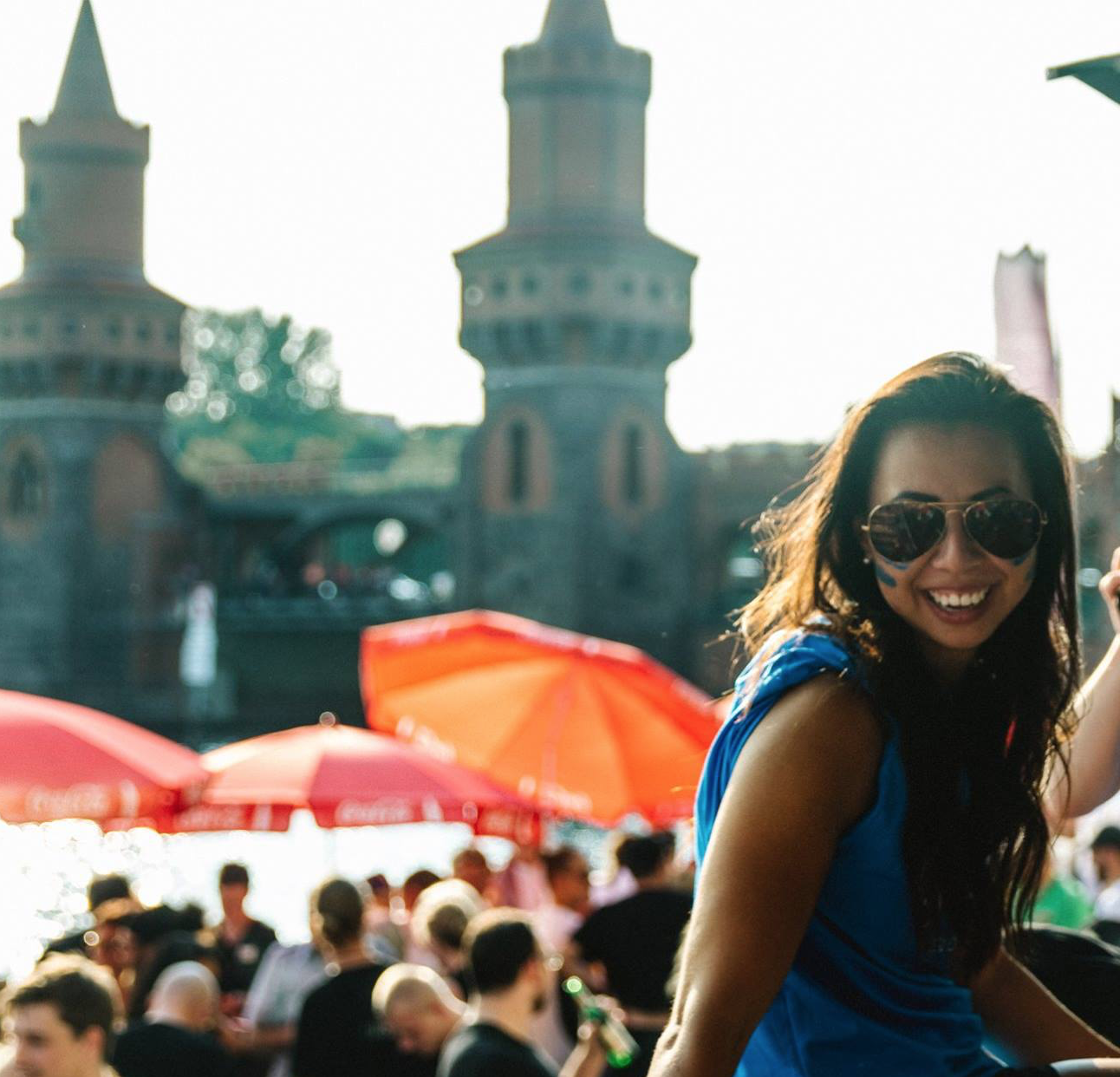 Cindy Oran moved to Berlin in 2016, after spending 2 1/2 years in Paris for school and work. The 27-year-old product marketing manager says she’s always had a thirst for new experiences.

“Especially different cultures and where English isn’t the native language,” she says. “Once my company [in Toronto] folded and I did a few months of travelling, I was offered a great opportunity that would push me both personally and professionally. And quite frankly, I was becoming too comfortable in my Toronto life, so leaving became a goal.”
Story continues below advertisement

Oran initially fell in love with Berlin’s music, culture and history scene. “Berlin allows you to be whoever you want to be, try whatever you want, and say whatever the heck you feel, while never being judged. It’s truly a unique city that enables you to experiment and figure out the person you want to become … while experimenting with all of its vices and temptations.”

But she does miss the food scene at home. “I miss a lot of the authentic food and third wave coffee shops in Toronto.”

And when it comes to feeling Canadian, she says there’s always a sense of “Canadian-ism” ingrained in her wherever she goes.

“Not only do we proudly embrace the LGBT community with so much pride, but growing up in the most multicultural city in the world, surrounded by different generations of immigrants, makes us appreciate the contribution and international freedom of all nationalities into one holistic society.”

Interactive: Build your very own coat of arms

Click “Get Started” to create a customized, shareable coat of arms.