If you consider winter the most beautiful time of the year, there’s a good chance you live in one of Saskatoon’s newer neighbourhoods.

Now that the snow has melted away, all that remains in many front yards is a brown, mucky mess as hundreds of homeowners put off their landscaping.

Unlike cities like Edmonton, where any front or side yards visible from a public street must be landscaped by property owners within 18 months of occupancy – there’s nothing forcing residents in Saskatoon to plant a few flowers or grass once they move in. 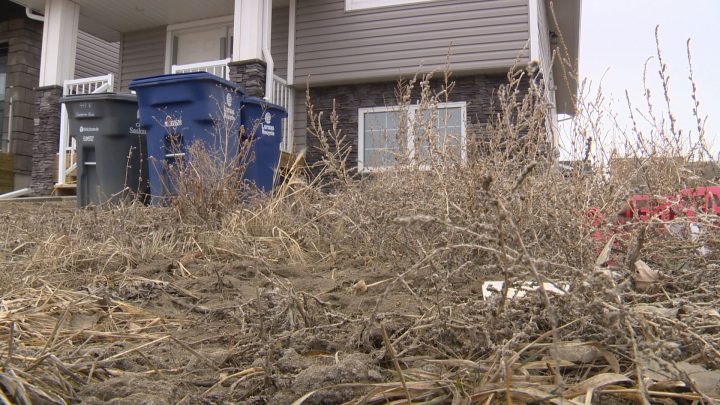 “We’re pretty scarce on that front, there really is not a bylaw in Saskatoon compelling people to landscape their yards,” Ward 10 Coun. Zach Jeffries said.

“Right now, we have a bylaw around property maintenance that says you’re not allowed to have grass or weeds taller than 20 centimetres but that’s about it.”

WATCH MORE: How to avoid unexpected costs if you’re building a brand new home in Saskatoon

If Jeffries gets his way, not only will there be a bylaw for these bare yards, the work will need to be done within a certain period of time.

“A timely fashion in terms of landscaping and getting that kind of front yard work done isn’t 10 years.”

A more reasonable timefame would be two or three years to get some greenery said Jeffries.

“I don’t think anyone can reasonably tell me that if you are living next to lot that is not only unlandscaped but frankly not well kept that doesn’t affect one’s neighbouring property values.”

So just how many unfinished lots are there in Saskatoon?

Here’s a snapshot of three neighbourhoods that were studied as part of a Landscaping after Home Construction report. 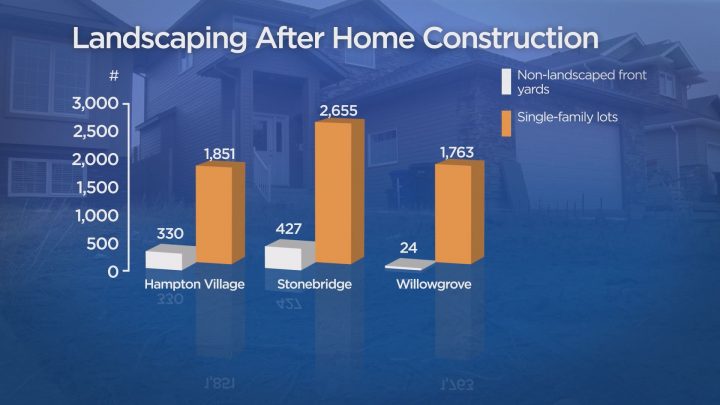 Homes under construction weren’t included but in two cases, there were still dozens upon dozens of dirt lots on display in Hampton Village and Stonebridge.

The report also noted that as land developers and builders begin to recognize the benefits of streetscape appearance and the marketability of new homes when these aesthetic elements are completed earlier, this should lead to fewer homes with unfinished landscaping.

According to Jeffries, in parts of Rosewood landscaping is part of the purchase price of the lot and the responsibility falls to the developer.

In many other cases, it’s money that’s holding homeowners back. To combat this, the city introduced a rebate program.

As for the next steps in a landscaping bylaw, enforcement options are due back from city administration for council to consider although it’s unlikely anything will be set in stone within the year. 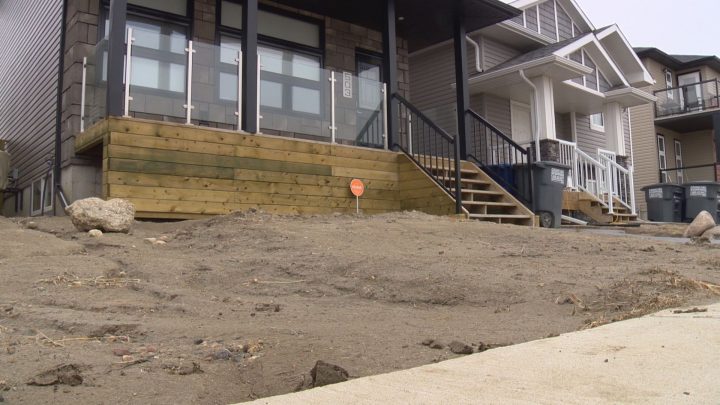