As Alberta deals with an ongoing fentanyl crisis, a new poll suggests Calgarians are split when it comes to the idea of opening and operating a safe injection site in the city.

According to the Mainstreet Research/Postmedia poll, released on Wednesday, 41 per cent of respondents approve of the idea, while another 41 per cent disapprove. The remaining 18 per cent said they were unsure how they felt. 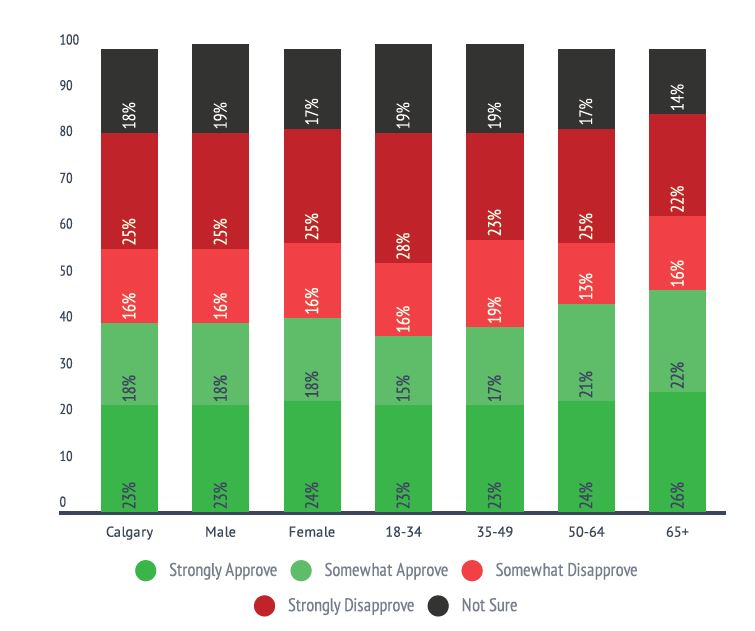 “With fentanyl and opioids an ever-growing problem, many cities are now considering safe injection sites as one measure to combat drug overdoses,” Mainstreet Research president and CEO Quinto Maggi said in a news release.

The poll also found 56 per cent of those surveyed are following the story of fentanyl closely; however 36 per cent of respondents said they felt recreational drugs are neither more dangerous nor safer than they were three years ago.

READ MORE: Fentanyl fact sheet – what it is and what it does

There were 193 deaths associated with fentanyl in the province in the first nine months of 2016, according to Alberta Health Services.

In total, there were 274 deaths associated with fentanyl in Alberta in 2015.

The poll from Mainstreet Research surveyed 612 Calgarians via landlines and cellphones on Jan. 3 and 4 and was released on Jan. 18, 2017.