Celebrity New Year’s resolutions: Did the A-listers pass or fail?

When that New Year’s clock inches past midnight, many people try to press the reset button and make 2017 their year.

After the moment passes, however, most people tend to get lazy with their resolutions — and yes, that includes celebrities. Many stars publicly state their resolutions for the year ahead, which adds more pressure to succeed. But hey, they also have all the resources in the world, so it shouldn’t be as hard for them, right?

Here are some of the celebrities that did and didn’t accomplish their resolutions for 2016. 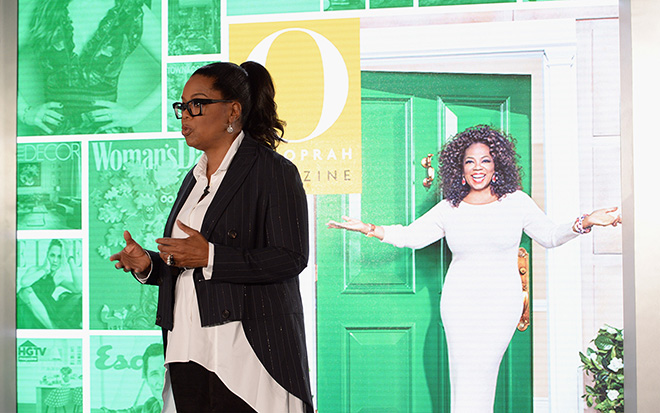 Oprah Winfrey released her first Weight Watchers commercial in Dec. 2015, just in time for the 2016 new year. She called for action from her viewers as well, declaring “Let’s do this together.”

The former talk-show host revealed her journey with health and weight loss, and continued to document it publicly for the company.

Winfrey crushed her goal completely by flaunting her 42-pound weight loss into another new year, 2017. In the January/February issue of Weight Watchers Magazine, she talks about how positive thinking and balance helped her find pure happiness, and how giving up numerical goals helped her lose weight.

This year, the 62-year-old philanthropist told Rachael Ray that she no longer makes New Year’s resolutions. “I don’t do them anymore,” Winfrey said on The Rachael Ray Show. “For goodness’ sake, I’m going to be 63! By this time, you gotta get it by now!” 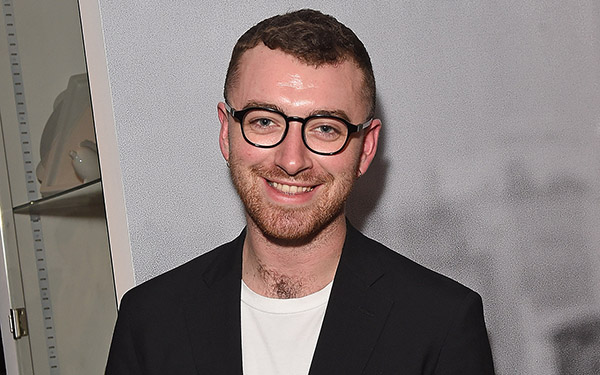 In 2015, Sam Smith’s resolution was “to find a man so I can get dumped, and then write a new record about the pain.” His second resolution was to “just try and stay sane and not end up in rehab!”

By January 5, news outlets reported on the Stay With Me singer and his new boyfriend, Jonathan Zeizel, going public with their relationship after sharing a post on Instagram.

Smith stuck to his New Year’s resolution (in a way) because the pair split two months later. “It was my fault,” Smith told People.com on the red carpet of the Golden Globes.

“I fell in love with him. I shouldn’t have done that. We’re still friends,” he added when asked if the pair are still in touch. “It’s all good.”

Smith confessed to audience members at a gig in Toronto, “This song is very special to me today, as I’ve actually had to do a very similar thing with someone I’ve been seeing,” before going on to sing his break-up song Good Thing.

The Writing’s on the Wall singer has also successfully stayed sane and out of rehab, so full bonus points for Smith. 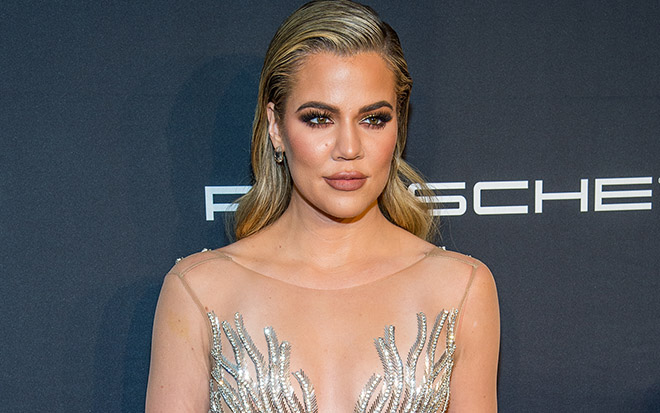 Khloe Kardashian took a more mindful approach to her 2016 resolution, vowing to be more present and in the moment.

This year has made me realize how quickly things can change. In a moment everything can change. https://t.co/j9h9KOxqut

So one of my resolutions is to be more present and appreciate every moment. https://t.co/j9h9KOxqut

I'll still make goals for the future, and learn from the past, but what really matters is the now. https://t.co/j9h9KOxqut

She joined Snapchat in 2016 and was very present on social media, so it’s unclear if she really accomplished her goal of becoming “more present.”

READ MORE: Weight loss and fitness trends to expect in 2017

Kardashian’s New Year’s resolution for this year is to tell the truth about her 2017 goals, and how you should make those goals that work for you. On her app, in a post called “New Year, New Me?,” Kardashian wrote:

“Lots of people use a new year to make resolutions to achieve their body goals. Everyone wants to work out more, but me, personally, I don’t really make any resolutions, exercise or otherwise. I like to make goals in life, but I make sure that the goals aren’t too crazy because if you ever fall off the horse, you will beat yourself up. It’s good to set small goals, and I never set a crazy time limit for myself.”

She continued: “Everyone’s so quick to try to get places and we’re so hard on ourselves when we don’t get there fast enough. I think it’s so important to acknowledge the evolution. I don’t know what we’re constantly comparing ourselves to!!!”

She finished off 2016 with “a little NYE workout,” showing off her 40-pound weight loss over the past couple of years.

A little NYE workout @bodyandsoulboxinggym ! Had to break a quick sweat to get ready for tonight's festivities!🍾🍾🍾 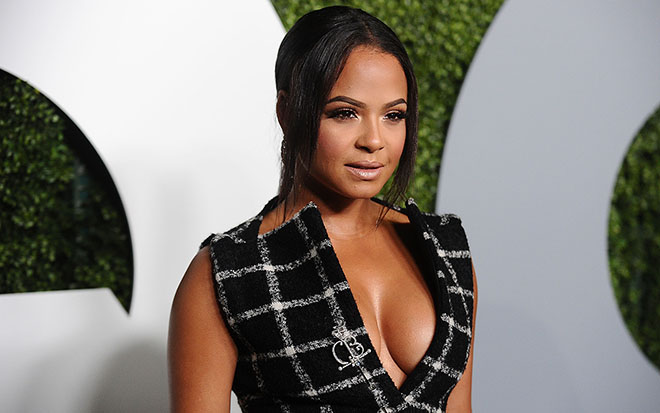 From the looks of the Grandfathered star’s Instagram feed, which is filled with salmon, salads, olive oil and lemon, she has succeeded in her healthier eating habits.

“And  asparagus—even out of the can. And I try not to overeat. If I hear my body tell me I’m full, I follow my gut, literally, and say ‘Hey I’m full’ and ‘There will be another meal.’ I think sometimes we eat with our eyes and our minds, thinking this is the last meal I’m ever going to have,” The Rocky Horror Picture Show: Let’s Do the Time Warp Again actress shared. 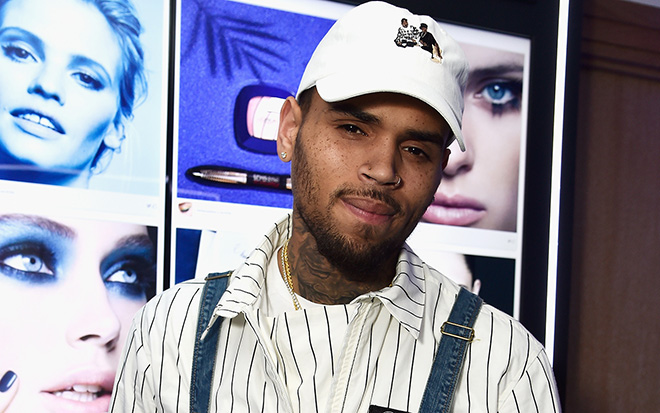 Chris Brown confessed his desire to quit smoking when he participated in a Twitter Q&A with fans. “Stop smoking cigarettes,” the 27-year-old singer replied.

The Take You Down singer has made it very obvious that he hasn’t kicked the habit (yet) on his many social media posts. In recent Instagram videos, he is smoking a cigarette while talking to the camera. 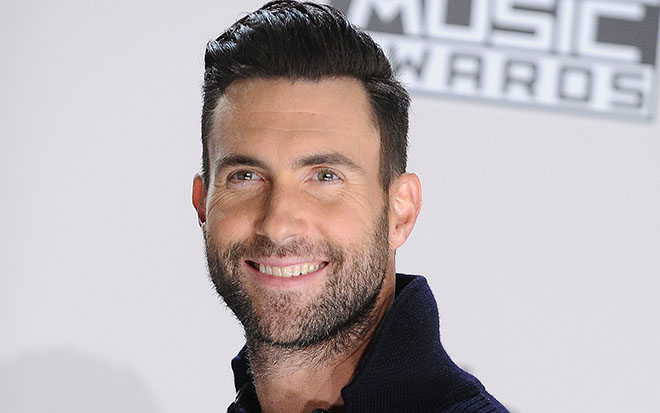 My new years resolution is to address and combat the hideous way people treat each other via social media. Please, be kinder to each other.

The Maroon 5 frontman’s resolution almost made it through the year until he shaved his head and his co-star on The Voice, Blake Shelton, took to Twitter to make fun of him.

Shelton compared Levine to many bald characters from movies and TV, including Voldemort from Harry Potter and Squidward from Spongebob Squarepants.

Hey everybody!! Just checking in to make sure @adamlevine still looks like Squidward.. Yep!!! pic.twitter.com/ZYT7iigt5x

Hey yall!!! I just wanted to check in and make sure @adamlevine still looks like Lord Voldemort… Yep! pic.twitter.com/f9SUqzPtp2

Levine responded to the tweets, clarifying that he shaved his head by choice.

Excuse me. Lex Luthor was bald. I have "shaved" my head. Meaning, shaved by choice. Big difference. Ok?!! Ok?!!

Levine also tweeted about Shelton in a very negative tone before the bald situation even occurred, shattering his New Year’s resolution.

Have you heard my Blake impression? Goes like this.."I'm a stupid idiot. I slow dance with sidewalks. I'm literally the dumbest moron alive"

Now that the champagne has been popped and the countdown is over, some celebrities have announced their New Year’s resolutions for 2017. 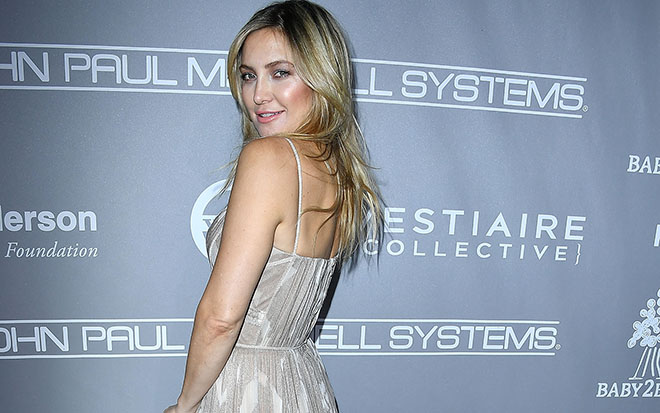 Kate Hudson is spending the first 10 days of the year getting back into the swing of things.

She kicked off New Year’s Day with a little hair of the dog in the form of a bloody Mary, and forced herself into a spin workout on Jan. 1.

She admits she is still lazy and still trying to get back on track but she’s “#GonnaGetUpAndMakeItHappenTho.”

Day 2: Does posting a pic in my @fabletics count as getting back on track…? Gonna get on my favorite bike @pelotoncycle and try to make this happen 👊 #StillLazy #GonnaGetUpAndMakeItHappenTho 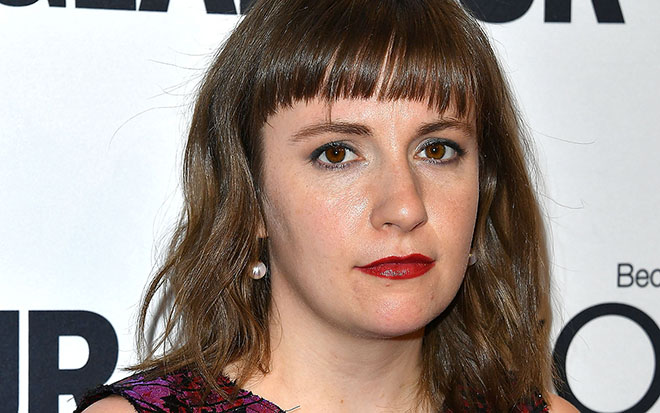 Lena Dunham got in a peppy workout of her own on Jan. 2, and hit the yoga mat with a friend before switching over to doing jumping jacks. 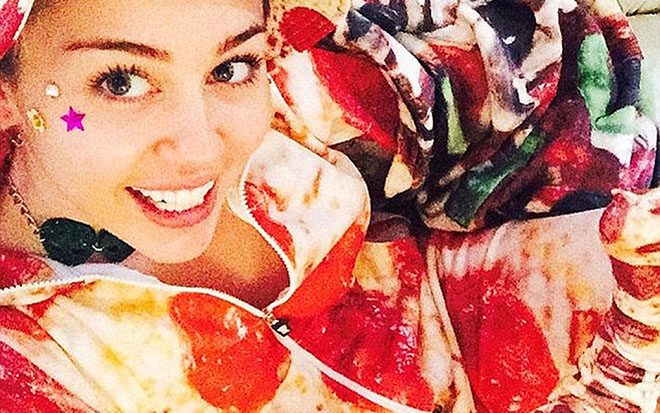 Miley Cyrus is ready for a change after a night out on New Year’s Eve filled with pizza, pasta and alcohol. Before bed on Jan. 2, she spotted a pimple she claims was caused by her food choices.

Cyrus is known for posting many passionate posts about pizza to Instagram — including her pizza onesie, wearing pizza sunglasses, her pets on her pizza blanket or just eating some pizza. 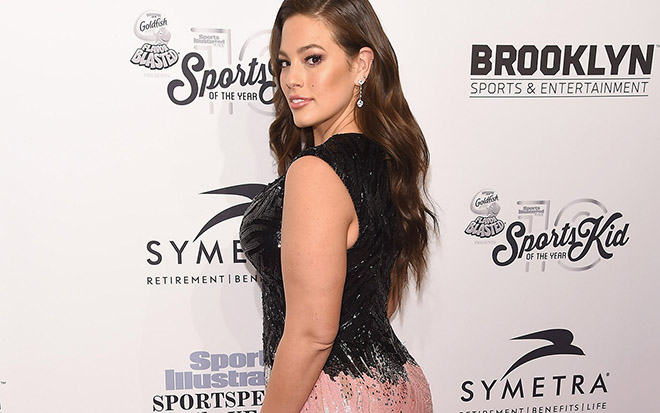 After her true breakthrough year in 2016, model Ashley Graham is ready to continue leading the way in 2017. Shattering boundaries by booking the kinds of work that previously excluded non-sample-size models, Graham was on a mission to change the types of beauty we see in media.

She made headlines after appearing on the cover of Sports Illustrated‘s Swimsuit Issue, and then walked Paris Fashion Week as part of H&M’s Fall 2016 Studio show. She became the resident model mentor on the reboot of America’s Next Top Model and she’s not stopping there.

Walking into #2017 with boldness, excitement and confidence!! Thank you to all the people who helped me achieve so many of my goals, dreams and desires this past year! Dream big and get what you want.. Happy New Year!

“Walking into #2017 with boldness, excitement and confidence!!” Graham, 28, wrote. “Thank you to all the people who helped me achieve so many of my goals, dreams and desires this past year! Dream big and get what you want. Happy New Year!”