An adolescent swan was rescued from a construction pit by volunteers at the Wildlife Rescue Association of BC in what the organization is calling its most daring rescue of the year.

Janelle VanderBeek with Wildlife Rescue Association says the juvenile swan crash-landed in a six-metre pit at a construction site on Alberta Street in Vancouver some time on Wednesday.

A passer-by saw the bird crash out of the sky and into the pit on his way to work. The next morning, he called the Wildlife Rescue Association, hoping they would be able to help.

When volunteers arrived, they found the bird stuck in the pit filled with yellow-coloured rain water. VanderBeek says the construction company started to drain the pit to help with the rescue and six hours later, they finally managed to net the bird and get it out. 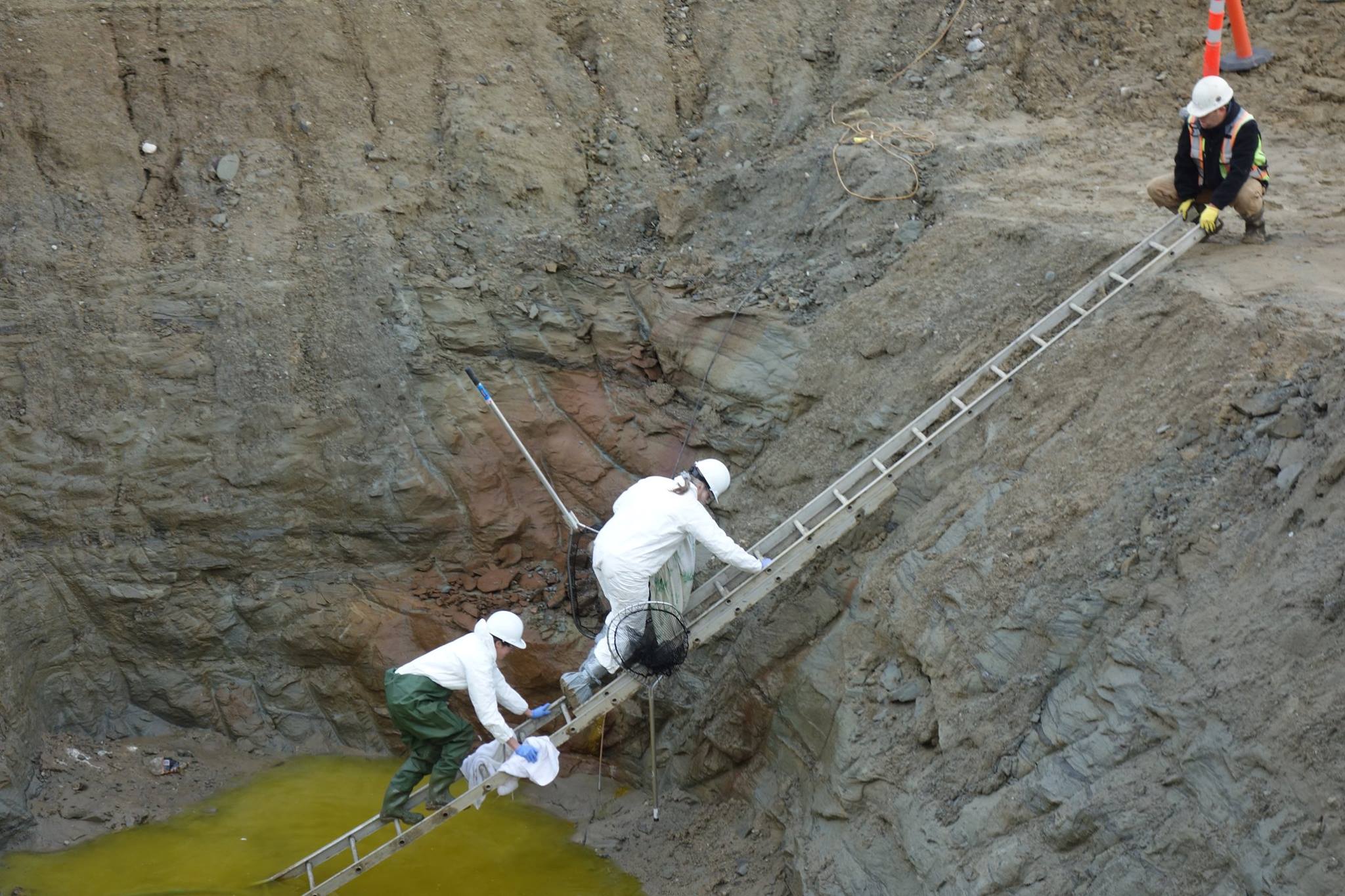 The swan is now at the hospital, where it was found to be quite emaciated and had to be tube-fed.

VanderBeek says it was probably weakened during the annual migration from Alaska.

Once it gets better, VanderBeek says, they will try to release it back into a flock somewhere.